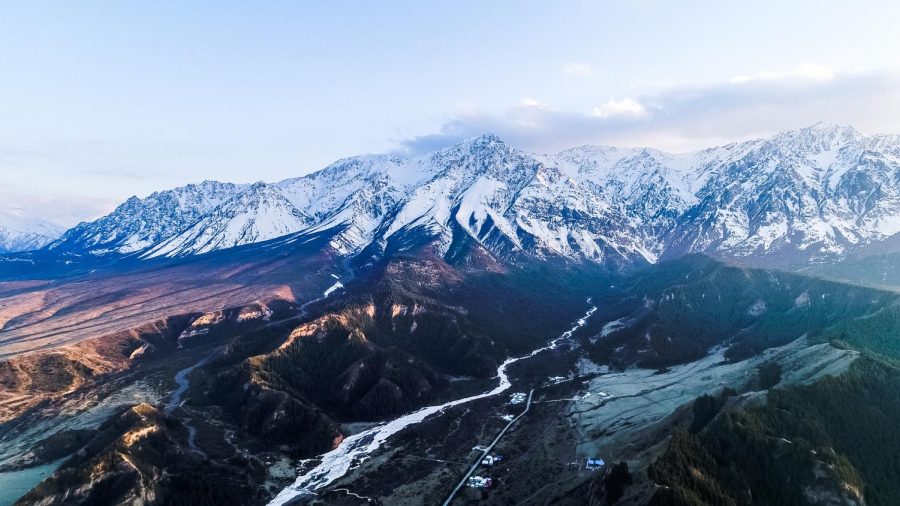 Scientists say that Chinese glaciers in the Qilian Mountains are now melting away at a shocking rate. Unpredictable changes from global warming raises the chance of long-term shortages in water. The largest glacier in the 800 kilometer mountain has been observed to have recessed around 450 meters since 1950, since the monitoring of the mountain began. Laohugou, a 20 square kilometer glacier, has been reduced by seven percent in size since measurements began.

Scientists say that this recession has been accelerated in recent years. As temperatures rose, the thickness of the ice decreased 13 meters. Since 1950, the temperature in the area had increased 1.5 degrees celsius. With no signs of stopping, 2,684 glaciers in the Qilian range will continue to melt away. The flow of a stream near Laohugou is about double of what it was 60 years ago. In the years of 1990-2010, glaciers have been retreating 50% faster than it was in 1956 to 1990. Further downstream, water flowed from the mountains to form a lake for the first time in three centuries.

Global warming can have serious consequences to the weather. Unpredictable events have caused snowfall and rainfall to be much more abnormal. Even though water is trickling from the melting glaciers, this doesn’t necessarily mean it has been good for the farmers. Farmers downstream are still facing shortages of water for their crops needed to feed livestock. Water from the melted glaciers have been adding to the floods from the rivers throughout the region. In Spring, massive increases in flooding have left the crucial, later Summer months dry. For Gu Jianwei, a vegetable farmer, changes in the weather has heavily impacted his cauliflowers this year. With the flower only being able to be watered twice, the small cauliflowers are only a small fraction of their normal weight.

The melting trends in the Qilian mountains have also matched the Tibetan Plateau and other great Asain rivers. It is predicted that the melting of the glaciers will peak within only a decade. With the melting of glaciers, it seems that water shortages aren’t the only issue to worry about. Kayla Do, a Senior at Hamilton Highschool, says that: “Global warming is a problem because if it continues, the ice caps will melt, causing ocean levels to rise. Which will make people move more inland, causing overcrowding in cities.” As evidence of rising temperatures pile up, more and more people are now feeling its effects.