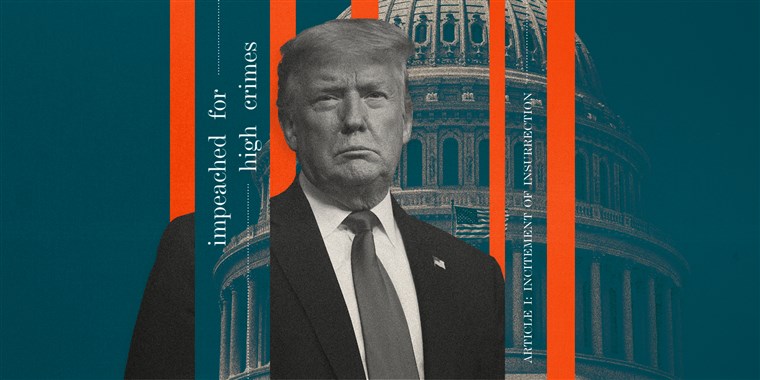 After starting the impeachment trials on Feb. 9, 2021, Donald Trump was acquitted on Feb. 13, 2021. The final vote in the senate was 57 guilty to 43 not guilty, a vote that barely missed the requirement of 67 votes to convict Trump. This means that Trump was acquitted for his second time. The vote was held almost exactly a month after the House impeached Trump. There were seven republican senators who voted against Trump, which was higher than what Trump’s legal team had anticipated. Many republicans who voted for Trump believed that voting to convict a president after they left office was unconstitutional. For example, Senate Minority Leader Mitch McConnell casted criticism and judgement on Trump when on the senate floor but ended up voting to acquit the former president because he believed the case was unconstitutional.

According to NPR, “The Republicans in favor of conviction were: Bill Cassidy of Louisiana, Richard Burr of North Carolina, Susan Collins of Maine, Lisa Murkowski of Alaska, Mitt Romney of Utah, Ben Sasse of Nebraska and Pat Toomey of Pennsylvania.” This number of republicans to go against Trump was a big surprise. In the last impeachment trial, the only republican senator who voted Trump guilty was Utah senator, Mitt Romney.

Another surprise to the public was the length of the trial. In many predictions, the trial was to last weeks, in reality the trial only took five days. The trial appeared to be heading towards introducing witnesses, but the defense and house managers agreed to avoid prolonging the process.

Even with the short process, this trial is one to make history, being the only president to be impeached twice Trump will forever make history with this title. The trial was also in response to the horrific events of Jan. 6, 2021 and the raid of Capitol hill.  Nancy Pelosi, Speaker of the House, stated “What is so important about political survival than any one of us that is more important than our constitution that we take an oath to protect?” Pelosi continued, calling the senators who voted to acquit a “cowardly group of Republicans.” In all, the Trials of Donald Trump for his actions during his presidency will forever be a part of his time as America’s president, and the action of raiders on Capitol Hill will forever be a terrible day in history.