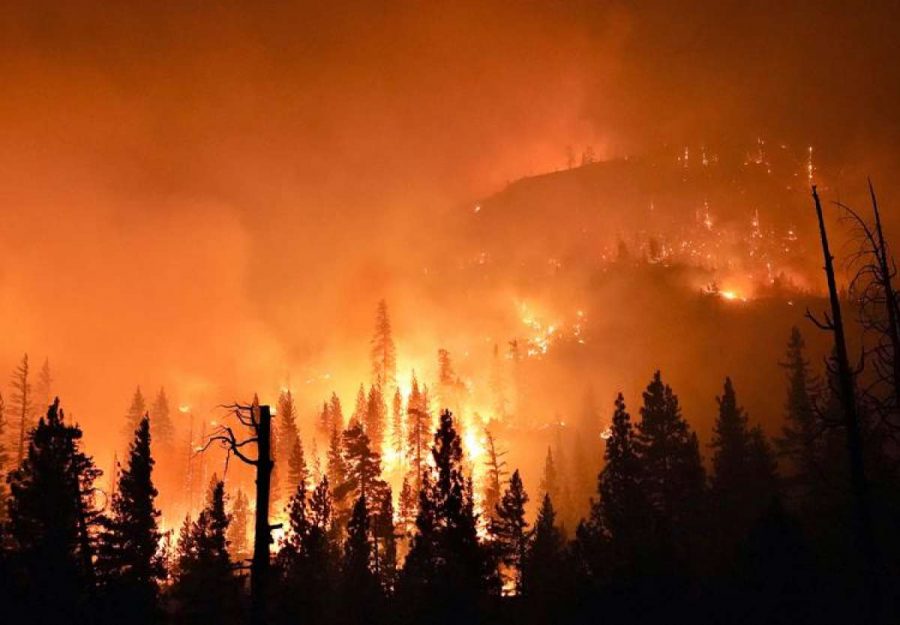 On Aug. 24, 2021, President Joe Biden approved California Governor Gavin Newsom’s request for federal aid because of the danger of the Dixie Fire and the damage of the River Fire

The Dixie Fire, the second largest fire in California history, has mainly affected the counties Butte, Lassen, Plumas, Shasta and Tehama. The fire has been burning aggressively through the terrain of California since July 13, and as of now is only 52 percent contained. 777,741 acres have been burned and an estimated 1,000 homes have been left in ruins.

The declaration provides funding for those living in the counties Lassen, Nevada, Placer, and Plumas, the counties affected most by the fires. Grants will be given to home and business owners to recover property loss. Those needing assistance can apply online.

However, there is another threat of disaster in California, The Caldor Fire, the 17th- largest-fire recorded in California history.

Currently, those affected by this fire will not receive federal aid. It is possible that once officials are able to investigate the fire and the detriment it has done, then those affected by the Caldor Fire could be included in the declaration, but until then the communities impacted are left to basically fend for themselves.

The fire has already burned through Sierra NV, but is now making its way to populated towns and cities. As of now the fire is 18 percent contained and those living near Lake Tahoe are being frantically evacuated. Officials fear this fire could possibly become a replica of the Dixie Fire. Towns like Grizzly Flats, Calif., have been left as simply as ash, as the fire leveled the entire town. This fire is currently firefighters main priority.