An Epic Conspiracy: The Mandela Effect 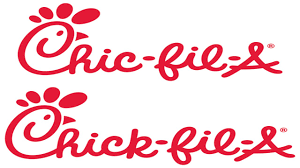 Curious George has a tail.

The Queen from Snow White says, “Mirror, mirror on the wall,”

Sketcher’s is a comfortable but ugly footwear brand.

If you agreed with one or more of the following statements above, you might have been balancing between two universes at one point or another in your lifetime. Nelson Mandela was released from prison in 1990, Curious George has no tail, Looney Toons is spelled Looney Tunes, The Queen says, “magic mirror on the wall,” Skechers is the actual name of the comfortable but ugly shoe brand.

The Mandela effect name originates from named Nelson Mandela. He was a South African anti-apartheid revolutionary, politician, and philanthropist, who served as President of South Africa from 1994 to 1999. Mandela was released from prison in 1990 and died in 2013.

The conspiracy is a theory of parallel universes, based on the idea that because large groups of people have similar alternative memories about past events. Advocates of the theory claim that for these collective experiences to be true, the fabric of reality must have shifted at some point in the past, and that therefore not only do parallel, inhabitable universes exist, but that we are constantly switching between them.

A more common occurrence is from one of Disney’s classic movies, Snow White. When the Queen is standing in front of her mirror, you remember that she says, “Mirror, mirror on the wall, who’s the fairest of them all?” We all remember it as “mirror, mirror,” but if you go back and replay it from any DVD, VHS or Youtube clip, the Queen will start the statement with, “magic mirror,” every single time.

“This can’t just be a coincidence that everyone in the world just happened to see it one specific way that was completely wrong,” said Riley Tracy(10), a conspiracy theory enthusiast.

Many people like Tracy have been thinking the same way. It is a bit freaky when everyone has a personal experience with the Mandela effect. A lot of conspiracy theories push the boundaries too far causing people not to believe full heartedly. The Mandela effect is different. It is really the only one that people have a real life connection with.

Kevin Linn (11) said, “ I believe in the theory because it’s one that I have personally experienced as well as many other people.”

Linn believes we have been and continue to switch between universes. He also said it can’t just be one big coincidence. This is why there are many supporters of this conspiracy.

Aubree Weller (10) is a conspiracy theory fanatic, much like her friend Riley. They both love these crazy theories that they almost make sense.

“But I do not believe the Mandela Effect in particular is real. There’s gotta be some psychological reasoning behind that one,” said Weller.

So what do you think? Is the Mandela Effect true or is it just another weird coincidence made up by someone that spends a little too much time on the internet?