Stranger Things 3: Hot or Not? 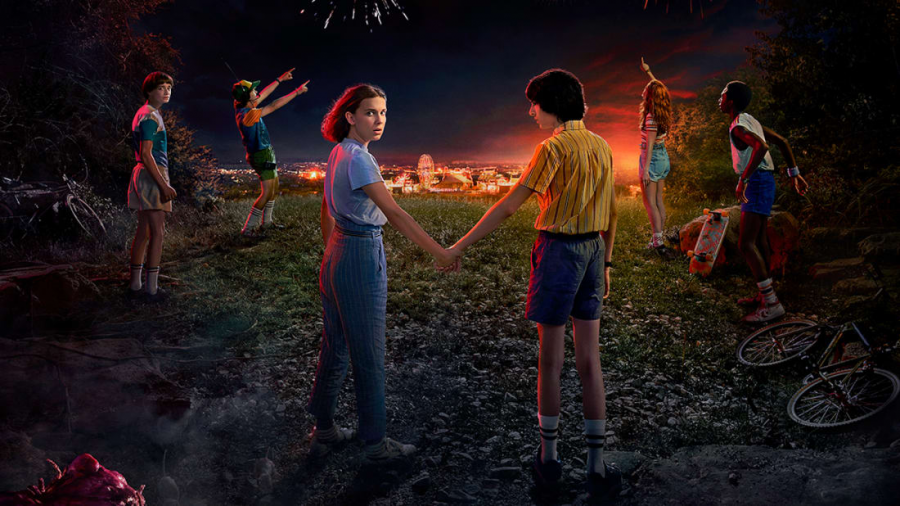 After being released on Netflix worldwide for only a month, Stranger Things 3 has undoubtedly made its mark on fans everywhere by proving itself to be the best season yet! With one summer left before the kids start high school, tensions are high with romantic relationships, fading friendships, and irritable internships; not to mention the return of the notorious Mind Flayer, and the mess that he’s known to bring. However, don’t be discouraged Stranger Things fans, we are still gifted with the return of Eleven (Brown), Mike (Wolfhard), Dustin (Matarazzo), Lucas (McLaughlin), Will (Shnapp), and Max (Sink), as well as their teenage mentors, Jonathan (Heaton), Nancy (Dyer), and Steve (Keery), to bring together the beloved group of monster fighters.

The creators of Stranger Things, Matt and Ross Duffer, have outdone themselves with providing a captivating plot that has fulfilled viewers’ expectations worldwide! This third season has caused fans “emotional pain” (Fen Horne, 10), while also having “a busy plot that kept me interested” (Brennan McLaughlin, 10). Despite the everlasting love students have for all things Stranger Things, there have been a few mishaps with how the show is presented in other languages. Sophomore, Ana Fernandes voiced her concerns on the “poor translations of characters names amongst other things in the show.” In the future, fans hope to receive note-worthy content in all languages from the show’s creators.

There has been a multitude of confirmed reports for a fourth season, that will most likely begin filming this coming October! Details of this fourth season include the expected return of characters Mike, Eleven, Dustin, Lucas, and Will; and with the rise of conspiracy theories on social media apps such as Instagram and Twitter, possibly Chief of Police Jim Hopper will return as well. Stay vigilant Hawkins residents!