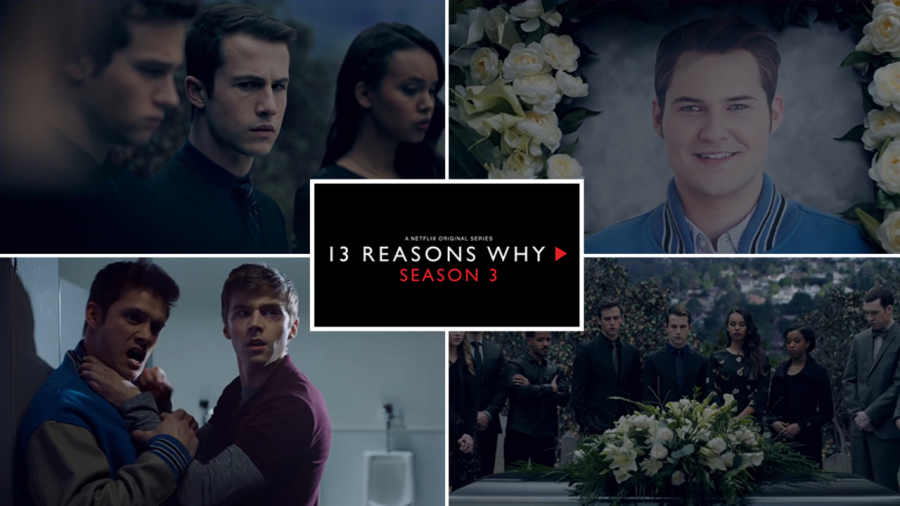 After patiently waiting for over a year, fans of the controversial hit teen-suicide drama have finally been gifted with a third season, which released on Netflix worldwide on Friday, August 23, 2019. The controversial Netflix show is notorious for their eye-catching cliffhangers at the end of each season, and this one was no different. The season was kicked off with one major question: Who killed Bryce Walker? The character had been deemed aggressive by viewers everywhere, due to his promiscuous past with other characters in the show. In this third season, however, fans are struck with an unfamiliar sense of sympathy for Bryce (Justin Prentice), even though it’s temporary.

Viewers also witnessed the return of the beloved characters Clay (Dylan Minnette), Tony (Christian Navarro), Jessica (Alisha Boe), Justin (Brandon Flynn), Zach (Ross Butler), Alex (Miles Heizer), and Tyler (Devin Druid). Producers included a new character, who had recently moved to Liberty High School, following the events of the end of season 2. The new girl: Amorowat Anysia Achola, or Ani (Grace Saif), claims her position in their friendship group as Clay’s new partner-in-crime, but fans are wary of her presence in their life and proceeded to call her one of the “worst characters in season 3” (cheatsheet.com.) Towards the end of this season, we do see the end of other characters other than Bryce, that have left the other characters with an uneasy feeling, possibly foreshadowing the events of another season.

Netflix has confirmed a fourth and final season of 13 reasons why (screenrant.com), where fans can expect another dose of controversy, drama, and so much more, from the students of Liberty High School!