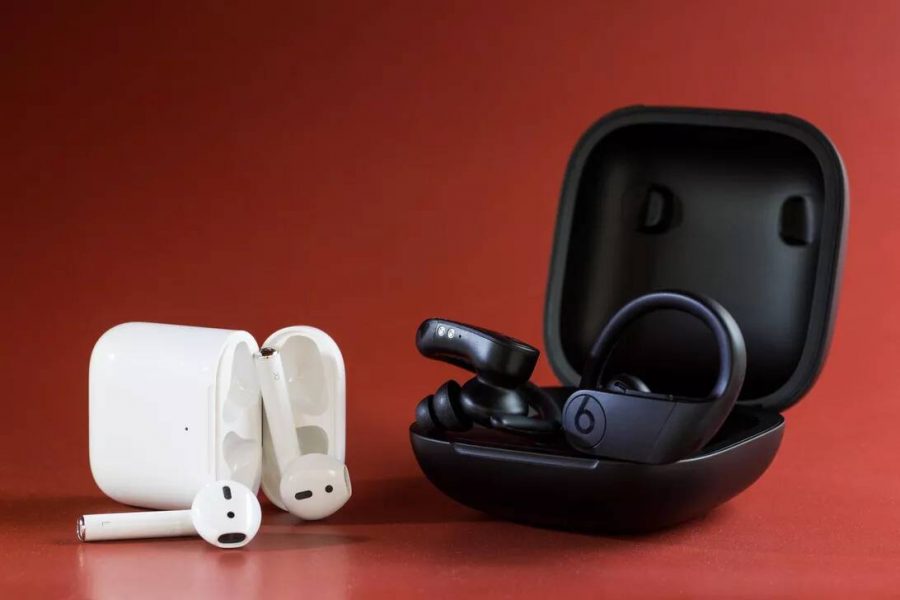 Ever since Airpods were released, they have been compared to the wireless beats headphones. Airpods were released in December of 2016 and were Apple’s most popular accessory they’ve ever sold. While the wireless Beats by Dr. Dre came out in late 2008, a notably long time before Apple’s Airpods. Ever since 2016, the two have been compared by people on the internet, but the debate has never been settled.

Airpods retail for $160, while Beats retail for $300. A huge price difference of almost $150 makes for some strong opinions. “I have both Airpods and beats, but I prefer Airpods. They’re a lot cheaper and honestly, sound just as good as Beats do,” said Ariana Orlando (12). So, the sound quality is nearly the same and for that big of a price difference, sticking with airpods is the way to go.

Not only is there a noticeably large price difference, but the bulkiness and accessibility of the actual products also differ. Airpods are a lot more sleek and small while the beats headphones are obviously, bulkier. “I prefer Airpods because they’re very lightweight and easy to carry around,” senior Katelyn Carver said. Airpods have a very sleek case and even smaller earphone design compared to the wireless Beats which require a much bigger case.

In a room full of 27 seniors, 20 chose airpods over beats when asked which one they preferred. Overall, it’s clear that the sound quality and design of Airpods is superior to the wireless Beats. Just in 2018, Apple made $35 million in sales from airpods, which is no surprise. While Beats only made about $20 million. Go vote on our new poll concerning this debate!