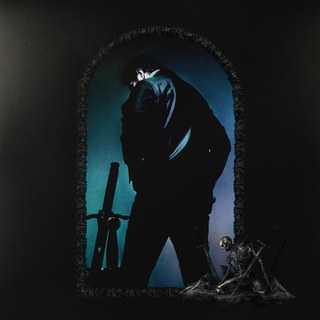 Post Malone just released his third album, and it’s a hit! Already making it to No. 1 on the Billboard 200, Hollywood’s Bleeding also is holding the record for the most audio streams in one week of 2019. According to Highsnobiety ‘Fans Can’t Handle How Good Post Malone’s New Album Is.’ Why is that? Perhaps it is the fact that, yes, every song hooks you on with its own eccentric flair.

First off is the song the album is named after, “Hollywood’s Bleeding” (Non-Explicit). This song Shares Posty’s views on Hollywood, a neighborhood in Los Angeles. Hollywood is said to be, according to History.com, “the show-business capital of the world, and is home to many famous television and movie studios and record companies.” Despite its humble beginnings, Post describes that current Hollywood is a dangerous place, opening up the song with ‘vampires feeding.’ He later goes on to explain his start on how people leech off each other there, and despite its threat, people are still attracted to it. This song is an epic opening to Malone’s album showing that although it’s not the happiest of themes, it does shed some truth about his world.

“Saint-Tropez” (Explicit) is an upbeat song to the album. It tells of all Posty’s accomplishments. Most importantly, how far he came to get where he is. The third is “Enemies ft. DaBaby” (Explicit). DaBaby is from North Carolina, and is mostly known for his song ‘Suge.’ Post and DaBaby both share similar feelings on how old friends became enemies when they gained fame. It also tells of the artist’s struggle on making friends.

Fourth comes “Allergic” (Explicit) a song talking about Malone’s on and off relationship, and how it’s affecting his mood. Until the point that he is distraught-as said in his chorus-enough to take substance abuse. “A Thousand Bad Times” (Explicit) sings of another toxic relationship that Post is in. This time Post is saying he has been in so many that he does not care anymore. This song is definitely one to laugh at and remember with its cool beat.

“Circles” (Non-Explicit) is a heartbreaking one. It tells of how Malone and his significant other can break apart at any moment but are afraid to. When he says ‘feed the flames,’ it means that the two of them are only making the situation worse. Despite this, they keep running in “circles,” and repeating their arguments over and over again. The seventh song is “Die For Me (Explicit) ft. Future and Halsey.” It strikes at Posty’s mental paranoia over his girl that he had been believed would’ve died for him, but as it turned out she’d been cheating. However, Halsey, who plays the female vocalist, also opens up about similar problems. Including her relationship with G-Eazy, and how he cheated on her. “In a June 2019 Rolling Stone interview she claimed, ‘he cheated on [me] in front of the entire world, like, a billion times,’” quoted from Genius.com

“On The Road (Explicit) feat. Meek Mill and Lil Baby” incorporate Post’s hit “Rockstar.” When Post says “Quit acting like you’ve been with me this whole time,” he means that fans are faking it with him, when they genuinely don’t know him or his music. “This connects to the album’s theme of paranoia and feeling used,” Genius.com.

Lastly, Halfway through the album we get “Take What You Want (Non-Explicit) ft. Travis Scott and Ozzy Osbourne.” Never heard of Ozzy? He’s referred to as the Godfather of Heavy Metal, something that should speak for itself. This song tells of Post Malone’s love interest, and how she is misleading to him. Malone is over the relationship and wants his former lover to take what she wants then leave.

The album was 100% all hits. The eccentric beats that he used were unique and pertaining to him. When asked what his opinion on Post Malone is Anthony Sierra (9) answered, “He’s out there but he doesn’t make a big statement.”  Even non-fans of Post can still appreciate him and his music. Ryan Alexander (9) had only finished the first part of the album but still enjoyed it. He also shared that “Hollywood’s Bleeding” was his favorite song. Ryan said, “I’m expecting new rappers that we like, such as Lil Uzi Vert.” Hollywood’s Bleeding is a huge success for Posty’s career, and fans can’t wait till his next one!