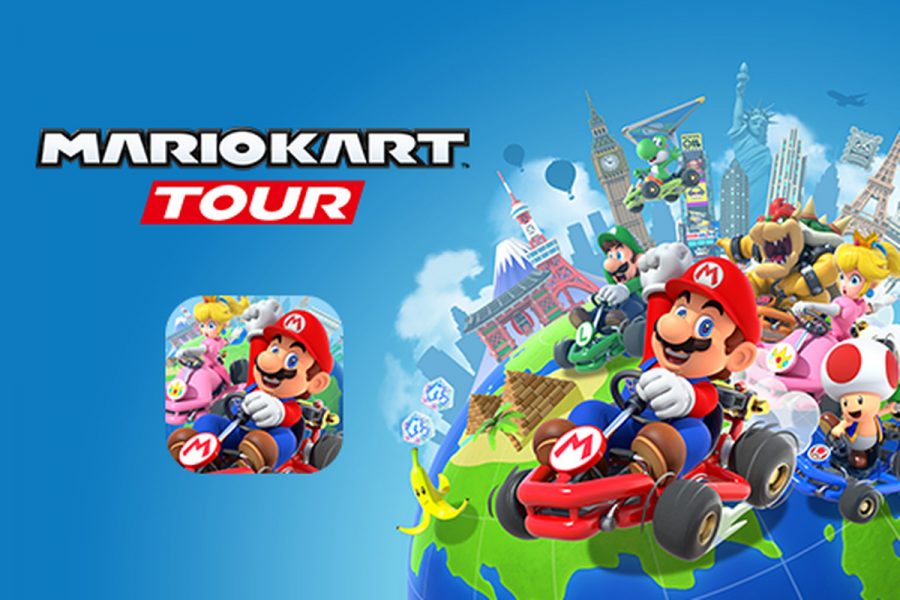 Mario Kart Tour was released on September 25th, 2019 for both IOS and Android devices. The game features the basic Mario Kart gameplay and the only main difference is that it’s all controlled by touch. The kart will drive by itself, but it can be controlled by swiping right or left to turn. Unlike the original, there are a few deeper mechanics- you can drift for a speed boost, but sometimes the controls are very precise. Like the regular Mario Kart games, you progress through it. There are multiple cup events, which each have a bunch of races to complete. In each race, stars are collected to level you up and progress you onto the next world cup.

Looking at what people think of the game, senior Ryker Talbott said, “I think the core of the game is bland. It’s doing just enough to feel like Mario Kart, but there’s not a real challenge to it.” There’s a lot of races to complete, but once you’re done with them, you just have to sit and wait for the next update with more races. People want to feel like they have more control over their kart, which can be hard to do with such a little screen to work on. However, they want to do more than just click a button or swipe right and left, they want to feel like they’re actually working to win. As of right now, there are some precise controls for the game, but other times you simply push a button and you’re done.

The game is focused a lot on getting people to buy the loot boxes they offer with characters and karts in them. They’ve also turned the warp pipe into a huge cannon that shoots out the prizes. Ariana Orlando (12) said, “It seems like buying things in slapped in your face because there’s even a store where you can buy characters and more.” There’s even a $4.99 subscription that gets you to access to gold-tier items and more. Ty Cocoron (12) said, “I feel like a $4.99 fee for a game is a little ridiculous. I mean, I pay that much for iTunes, apple music, etc.” That much for a game monthly is pretty ridiculous, but you don’t have to pay for it if you don’t want to.