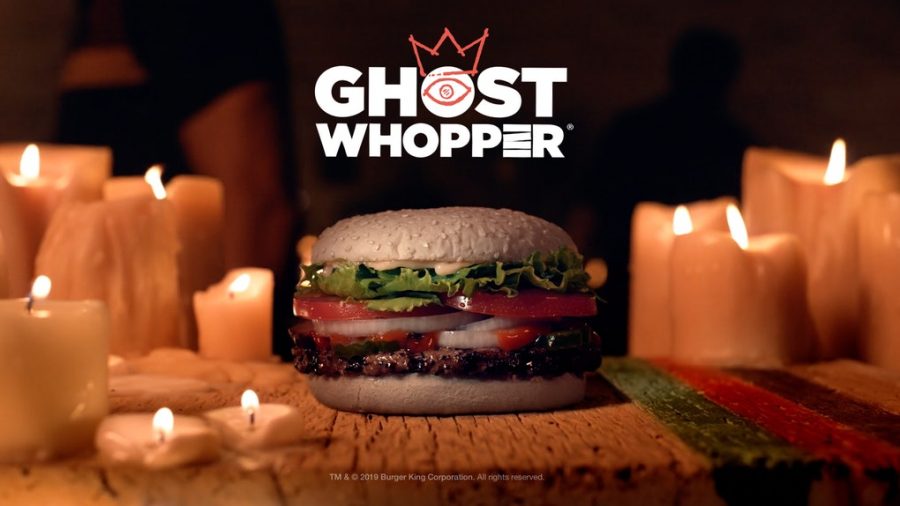 Halloween is coming up next week on Thursday, October 31st. Many fast-food and sit down restaurants have come out with their very own food deals this Halloween. Whether it’s free food or discounted meals, it seems as though everyone is having a special deal. Chipotle, Burger King, and Papa Johns are just some of the many places to visit this Halloween to get some good prices on food or limited menu items!

Chipotle is having their very own “boorito” special for Halloween. On Thursday only, you can go into Chipotle in a costume from 3 pm-close and get a $4 burrito. The offer is in-restaurant only and there’s a limit of one per person. Chipotle also makes a note that the employees at each individual location will be determining what’s a costume and what’s not. Emily Russel (10) said, “I’m planning on getting a burrito from Chipotle on Halloween. It’s such an amazing deal because usually, you have to pay a minimum of $6.50 for a burrito.” Taking advantage of such a good price wouldn’t be a bad idea and since it’s Halloween and everyone will already be dressed up, might as well!

Last year, Burger King introduced the “Nightmare Whopper” for the month of October. Now, this year they have debuted the “Ghost Whopper”. It consists of beef, tomatoes, lettuce, mayonnaise, ketchup, pickles and sliced white onions on a white cheddar cheese flavored bun. Basically, it’s a normal whopper with a white bun! However, it’s only available at ten Burger King locations across the country. It starts being sold on October 24th for $4.29. Senior Nick Smith said, “I tried the special burger that they had last October, but I don’t think I would try the one this year.” A white cheddar flavored bun may not be for everyone and since it’s not at a discounted price, maybe just true white cheddar cheese lovers should try this one.

Papa Johns has a noteworthy pizza dedicated to October. It’s called the “Jack-O-Lantern” pizza because it’s shaped like a pumpkin with a thin crust and pepperoni surrounding it. There are also little olives that represent the eyes. The pizza costs $11 and is available throughout the month of October. In a room full of 29 seniors, only 6 of them raised their hands when asked who knew about the Jack-O-Lantern pizza. The deal isn’t well known and even though it’s just an ordinary tasting pizza, there’s no doubt that it has a unique shape.

There are many more spooky deals at all kinds of restaurants this October and upcoming Halloween. There are new meals to try and opportunities to save money and for some of them, all you need to do is have a coupon! For some of them that are on Halloween, you’ll need a costume on and since you’ll already be wearing one, why not take advantage of the amazing deals?