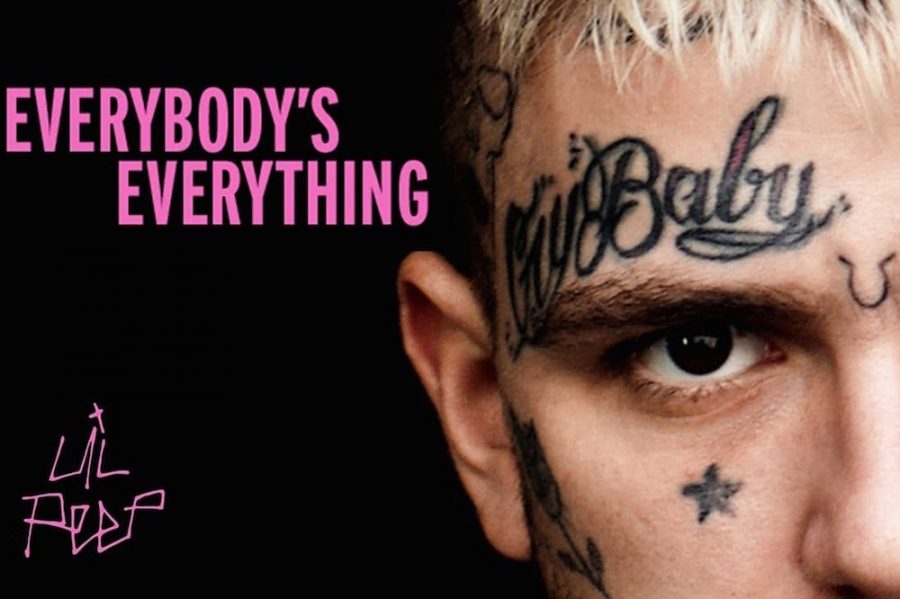 Everybody’s Everything is a documentary about the life of Gustav Ahr, aka Lil Peep. Gustav was a singer/songwriter and was on his way to the top before he tragically died of a fentanyl overdose on November 15th, 2017 in Tucson, Arizona. The movie came out on November 12th, 2019 and goes into depth on his personal life, as well as his death. The movie shows how Gustav made his songs and where the meaning of them stemmed from. From what was shown in the film, it’s clear he had a lot on his plate and was slowing drowning from all of the pressure put on him constantly. This was also apparent in the interviews with his family, friends, manager. They gave their own personal stories of experiences they shared with Lil Peep, as well as their insight on his death.

The movie generally received good reviews and had a 100% rating on Rotten Tomatoes. Ariana Orlando said, “I’ve been a fan of Lil Peep since 2016 and I was really affected by his death. This movie really provided me with some closure on his death.” Gustav’s music was a gateway for some people, as they could relate to his music and lyrics. David Vulbert (12) said, “Whenever I listened to Peeps music, I didn’t feel so alone anymore.” His lyrics were mostly about his struggle with depression and anxiety and it let other people know they weren’t alone in whatever they were going through. This helped people feel like they actually knew him personally, even though they didn’t and only knew what he projected in his music. The movie went so in-depth on Gutsav’s death and even revealed the police call made from the tour bus. This gave fans an in-depth look on how he died and even made some form new opinions. Eliana Bruschete (11) said, “On the police call, it didn’t sound like his friends were that worried about Peep not waking up. It seems sketchy honestly.” In the police call, Lil Peep’s friends didn’t seem like they were in a hurry to get the ambulance there, they seemed rather calm considering the situation.

Nonetheless, the movie did a great job portraying all of the different people in Gustav’s life and showed the fans more of their personalities. Not only that, but it did provide the viewers with some closure from his death. The movie was overall amazing and the interviews integrated from his friends and family caused some tears in many fans. From the movie, a new album also came out that showcases some of his old music which is of course, nostalgic for fans. Everybody’s Everything is for sure worth seeing for any Lil Peep fan.