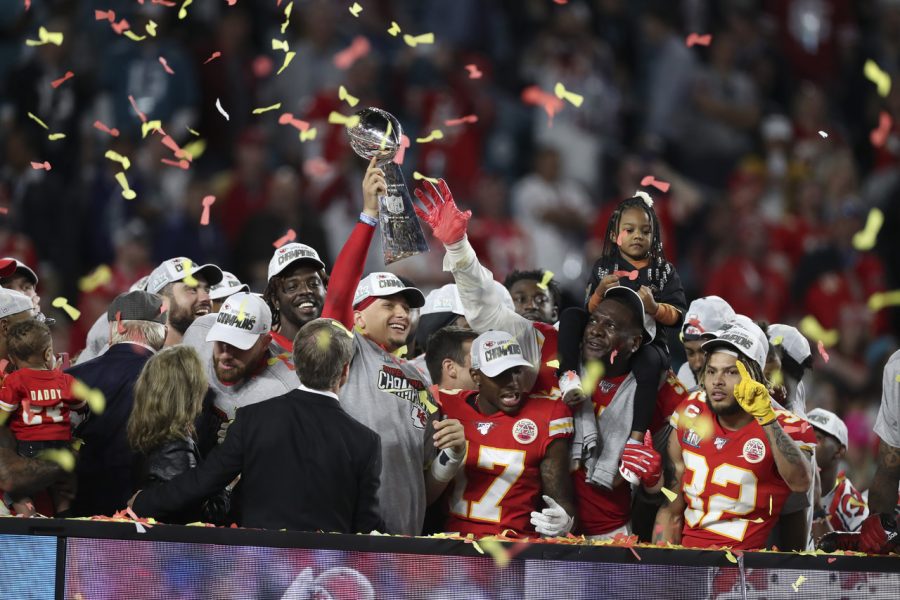 After being down 20-10 in the third quarter, Patrick Mahomes showed why he was worthy of winning the MVP a year ago as the Chiefs quarterback rallied the team and pulled out a 31-20 victory against the San Francisco 49ers.

This was not new territory for the Chiefs as just this postseason alone they found themselves down by 24 points in the first half against the Houston Texans and then by 10 points against the Tennessee Titans the following week. They went on to win both of those games by double-digit points. 49ers fan, Christopher Esparza (12), described how he knew going into the game that his team “had to get a huge lead on Kansas City” in order to “prevent them from conducting another one of their bizarre comebacks.”

In the early part of the third quarter, the Chiefs could not seem to find the same rhythm that had defined them for so much of the regular season as four of their first six drives ended in a punt or interception. After Mahomes threw his second interception of the game within the first two minutes into the fourth quarter, many began to question if it was all over for the Chiefs. Jacob Gonzales (12) was certainly not one of those people as he had “total confidence that his team would pull through in the end just like they continuously do.” Then, Kansas City did exactly what they had been doing all season long and turned it on for all the world to see.

On a third-and-15 with 7:13 left in the fourth quarter, Mahomes launched a 44-yard bomb to wide receiver, Tyreek Hill, which ultimately led to a 1-yard touchdown catch by tight end Travis Kelce. On the 49ers next possession, the Chiefs’ defense stepped up big with a critical three-and-out and Kansas City went right back to work at their own 35-yard line. After taking a bad sack near the goal line, Mahomes found an open Damien Williams and the running back bulldozed his way into the end zone.

The Chiefs had finally reclaimed the lead which left many 49er fans wondering if their quarterback, Jimmy Garoppolo, would help lead the team to victory in their fifth fourth-quarter comeback attempt this season. Instead, they watched as San Francisco turned the ball over on downs and the Chiefs took advantage by adding another touchdown run by Williams. The 49ers attempted to make one last miracle play, but the drive ended with a Garoppolo interception. Mahomes finished the game with 286 passing yards, two passing touchdowns, and a rushing touchdown. He was unanimously awarded the Super Bowl MVP which makes him the youngest player ever to win a Super Bowl and a league MVP award. Longtime Chiefs fan, Kyle Roby (12) was ecstatic over the win and believes that America will “continue to see his team in the Super Bowl” for many years to come.

Overall, Mahomes and the Chiefs’ offense came alive when it mattered most which is why they were the ones hoisting the Lombardi Trophy for the first time in 50 years. Congrats on a fantastic season Kansas City fans!