Among Us Gains Millions of New Users 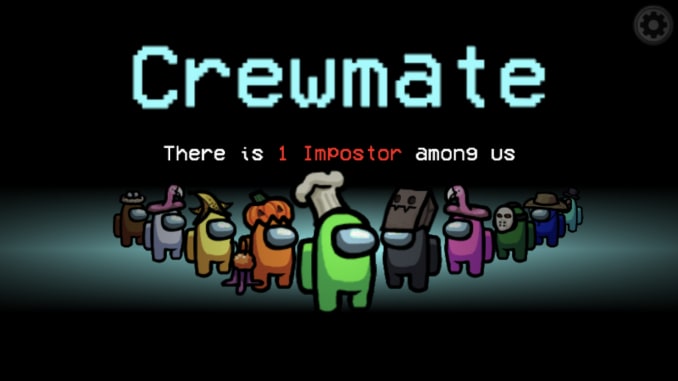 Initially released in June of 2018, “Among Us” had practically no users, its servers sitting vacant. Now, in October of 2020, the cross-platform video-game has exploded into popularity, with more than 100 million downloads and over 60-million daily users.

The game contains a variety of maps, with its most popular being “Skeld”, a futuristic space shuttle. Each map can hold up to 4 – 10 players, all of whom take the form of small, colorful astronauts. The majority of these players are assigned the role of “crewmate”. Every crewmate has a variety of tasks on the ship that they must complete, including emptying trash, fueling engines, and repairing broken wires. While the crewmates work, 1-3 of the server’s players, who are chosen as “imposters”, must attempt to kill the crewmates on the ship before they finish their tasks. If the crewmates figure out who among them are the imposters, they can vote them out of the map. However, if they are unable to detect the imposters, the imposters will continue to eliminate the crewmates until only 1 or 2 are left (at which point they win the game).

The simplicity of the video-games’ rules easily made it both popular and successful, appealing to people of all ages. While the target audience of the game is, according to the Apple App Store, 9 years or older, children younger than the recommended age have still been able to play the video-game with ease. According to the PEGI rating board, those as young as 7 are capable of understanding the rules of “Among Us”.

Aside from its straightforward gameplay, “Among Us” also took off, in part, because of COVID-19. To prevent the spread of the coronavirus, many people around the world opted (and are still opting) to avoid in-person activities with friends and family. “Among Us”, thereby, became an easy, fun way for those people to still spend time with others while remaining socially distanced. Adallis Pantry, a junior at Hamilton High School, is one of the many that chose to stay indoors. “Among Us is one of the best ways me and my friends found to hang out during quarantine.” She told the Husky Paw Print. Lindsay Dussault, another junior at Hamilton, also uses the video-game to hang out with friends. “I can play for hours without getting bored.” She said when interviewed by the HPP. “Public games aren’t as fun, but private games with friends over Discord are an awesome way to hang out virtually during COVID-19.”

Earning a rating of 10/10 on Steam and a score of 8/10 on Bonus Stage, “Among Us” has been received highly well by both critics and typical users. However, Courtney St. Onge, yet another 11th year at HHS, doesn’t feel “Among Us” is worth all the hype. “The game is anxiety-inducing.” She explained. “I will admit that while it is fun to manipulate your friends, it is not worth the stress that comes with the job of imposter.”

If you do enjoy high-stakes, sneakery, and twisting the truth, though, then “Among Us” is the perfect game for you.