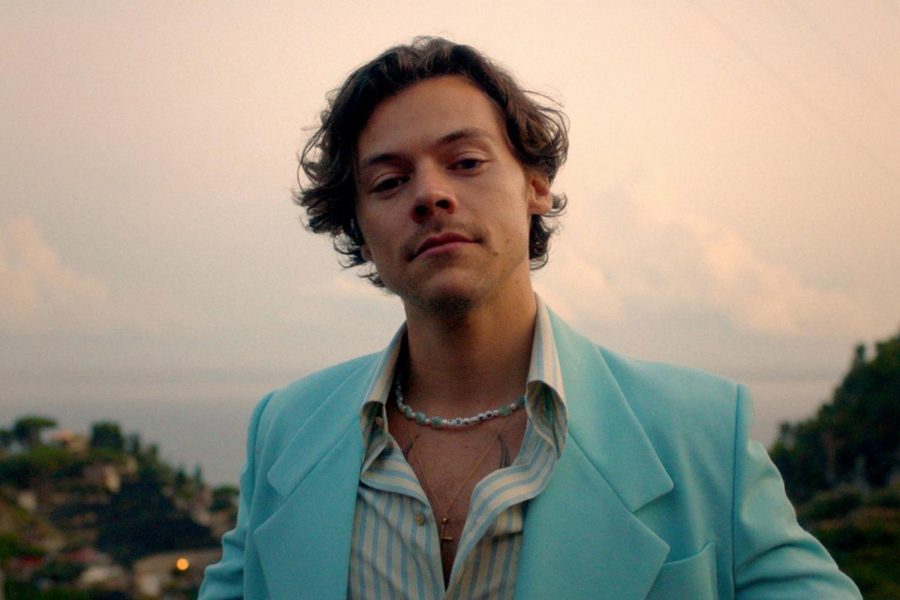 On Oct. 23, 2020, Harry Styles dropped the long-awaited music video for “Golden”, one of the many hit singles from his 2019 “Fine Line” album. The video gained millions of views within its first hour of release and has, as of now, over 35 million views on Youtube.

Unlike most of his recent music videos, Styles is featured solo in “Golden”, with no background dancers or additional actors and actresses. Covid-19 is likely the reason for the lack of people, but it could also simply be an artistic choice on Styles’ part.

The song itself, according to Styles in a recent interview with Apple Music, is about being vulnerable and in love. “It’s one of the first songs when I was making the album, and it’s always been a source of joy for me,” he explained. Matching the theme of the lyrics, Styles dances and runs around cheerfully, racing down the street after the moving camera and jumping through a lush creek.

“I’d like to think it will maybe cheer a couple people up.” Styles told Apple. “Cheered me up.”