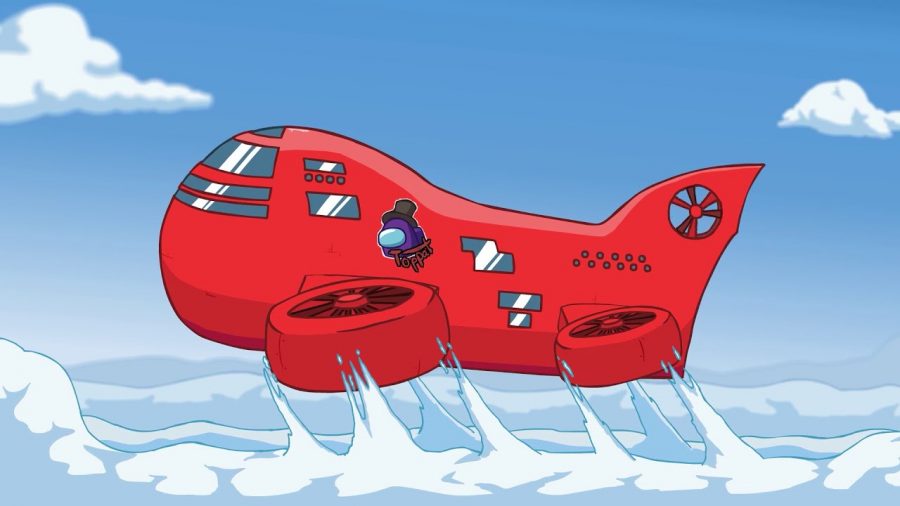 On March 31, the newest map for Innersloth’s hit video game “Among Us” dropped for computers and mobile devices. The map, known as the “Airship”, contains brand new tasks and rooms. About the size of Polus and Skeld (two of the original maps) combined, the “Airship” is the biggest “Among Us” map to date and satisfies both old and new fans of the game.

“It’s new and refreshing and reminds me of playing the game for the first time again.” Adallis Pantry, a junior at Hamilton High School told the Husky Paw Print. “Some of the tasks are cool and others are really frustrating, but that’s what makes it fun!”

Lindsay Dussault, another junior at HHS, also enjoys the new map. “It adds different tasks and reinvigorates the game.” She explained. “However, at some points it almost feels too big and there are too many unnecessary rooms that don’t get used. My favorite new task is either the burger one or the one where you pick up laundry.”

The “Airship” is free to play on both phones and computers if you already own the game. If not, “Among Us” costs $5 on Steam and is also available free from the app store on Mobile devices.