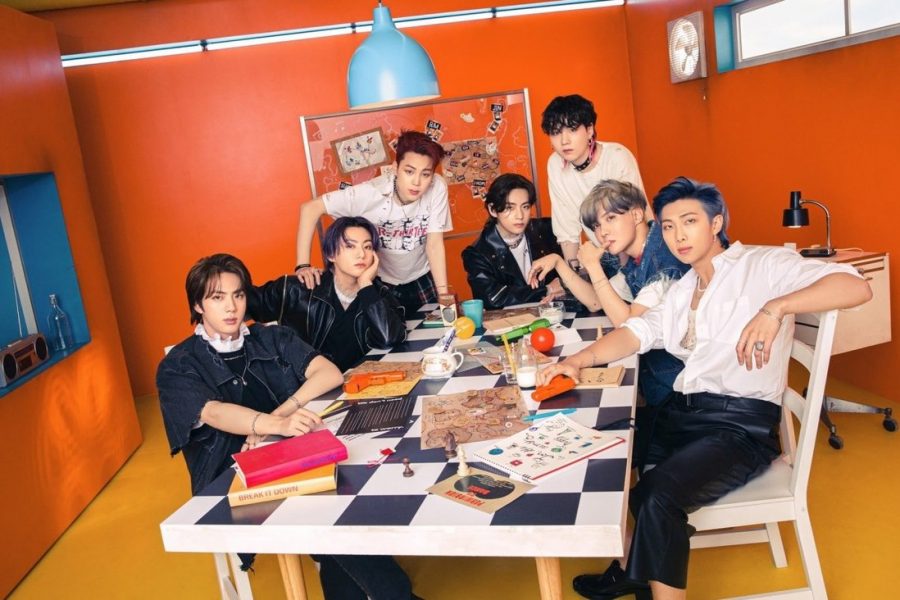 The popular K-pop boy band, BTS, will be holding an in person concert later this year and many fans are very excited. The boys announced for the first time in a YouTube video which was posted on Sep. 27. Many fans were so excited, some comments on that video were many ARMY’s saying how they are very excited and others are wishing good luck to those who are buying tickets. They will have four different concerts on four different days. The first date being Nov. 27 following with a concert the next day, Nov. 28. The boys will take a few days off before doing two concerts, one on Dec. 1 and the other on Dec. 2. For this concert, there were seven presales in which almost every ticket was bought!

The concert itself will be held at SoFi Stadium in Inglewood, Calif. This is BTS’ first time performing since their “2019 BTS World Tour ‘LOVE YOURSELF: SPEAK YOURSELF’ [THE FINAL].” The boys themselves are very excited to see ARMY again. ARMY is the name of the BTS fandom. Of course, the health and safety of their fans is BTS’ first priority. In a recent interview they said, “Holding an in-person concert in the midst of COVID-19 is not easy, but after looking for opportunities to do so, we are able to hold the concert in the United States after taking the national and regional health regulations and circumstances into consideration.” To summarize, BTS believe that holding a concert full with hundreds of people, packed closely together  is hard especially during a global pandemic, however after research they concluded that it is possible with the required health and safety regulations of not only the region but the whole nation.

All in all, many ARMY’s are very excited to see the boys after almost two years of not being able to. The tickets and more information for this concert can be found on Weverse and Ticketmaster! BTS are looking forward to seeing you!