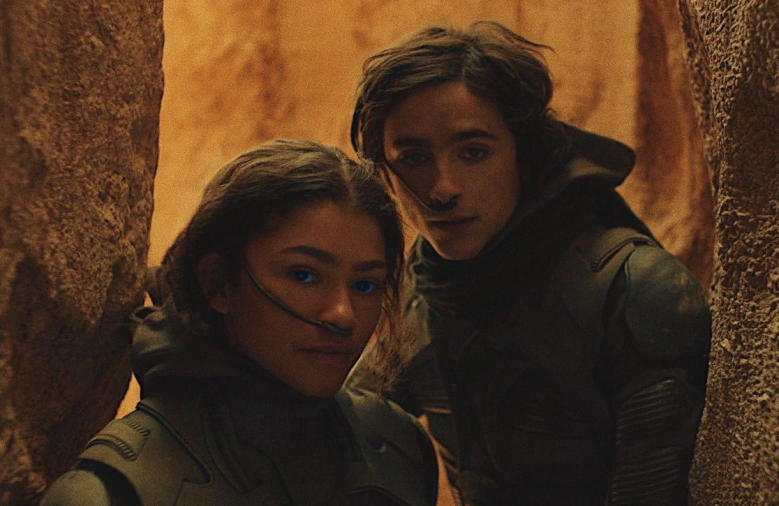 The new film ‘Dune’ is coming to theaters Oct. 22, 2021! It has been revealed that the stars of this film will be none other than America’s Timothée Chalamet and Zendaya. Both of these actors have a large fan base and many are excited to see them starring in this movie. I wouldn’t be surprised if most of the people going to see this film are going just to see Chalamet and Zendaya!

Denis Villeneuve’s 2021 film ‘Dune’ is not the first of its kind. The first ‘Dune’ film was released in 1984. This film was directed by David Lynch and wasn’t very similar to the book at all. Denis Villeneuve has reassured the public that his 2021 ‘Dune’ will not be a remake of the 1984 film. Villeneuve has made this film to be more accurate to the book, and not at all a sequel.

Although this movie has not yet been released, it is a huge hit! Its final trailer has been given 89% on Rotten Tomatoes and 75% on Metacritic, and this is just the trailer! With Chalamet playing the role of the main character Paul Atreides and Zendaya playing Chani, the love interest and partner, this film is sure to be a great film.