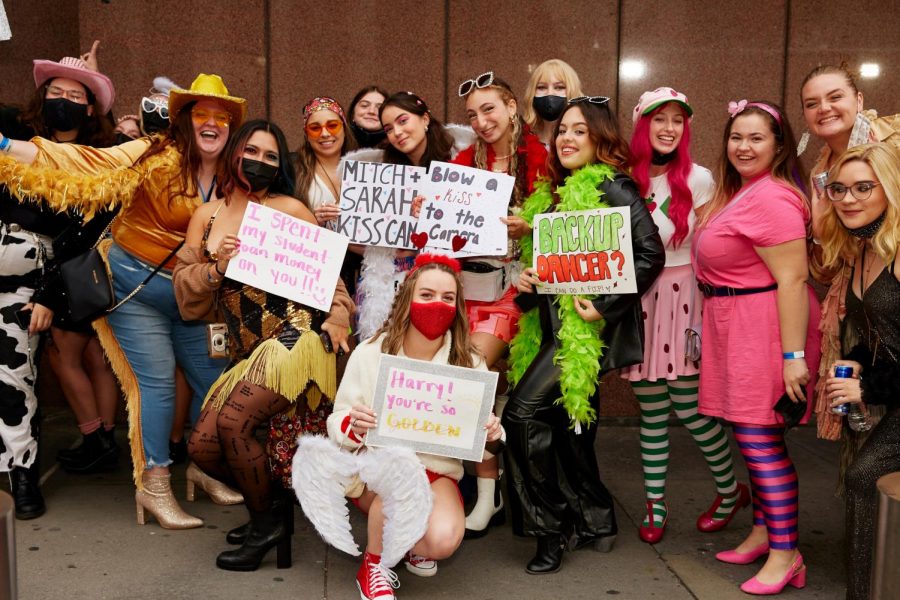 English singer and songwriter Harry Styles motivated his fans, also known as Harries, to dress in costume for his concert. This concert took place in Madison Square Garden in New York on Oct. 30. Since the start of Styles’ Second tour, “Love On Tour,” the singer and songwriter had begun to dress in a debonair manner. Styles dressed as Dorothy from “The Wizard of Oz” and had many costume changes throughout his performance. Bailey Stabler, a fan, says, “There’s always been a handful of girls that dress up as either their favorite song or singer, especially in the One Direction days. But I’ve never seen it to this level, where almost the whole arena is dressed up.”

Emma Smart, another fan of the singer and songwriter says, “Harry Styles uses fashion as an outlet for joy and after living through the unprecedented times we’re currently in, I think the fans are bursting at the seams to have an excuse to be joyful.” Almost 21,000 fans attended the concert and some even brought signs to grab the celebrity’s eye. There is no doubt that this concert attire is unlike any other and that Styles was able to bring a group of people together with music and fashion.