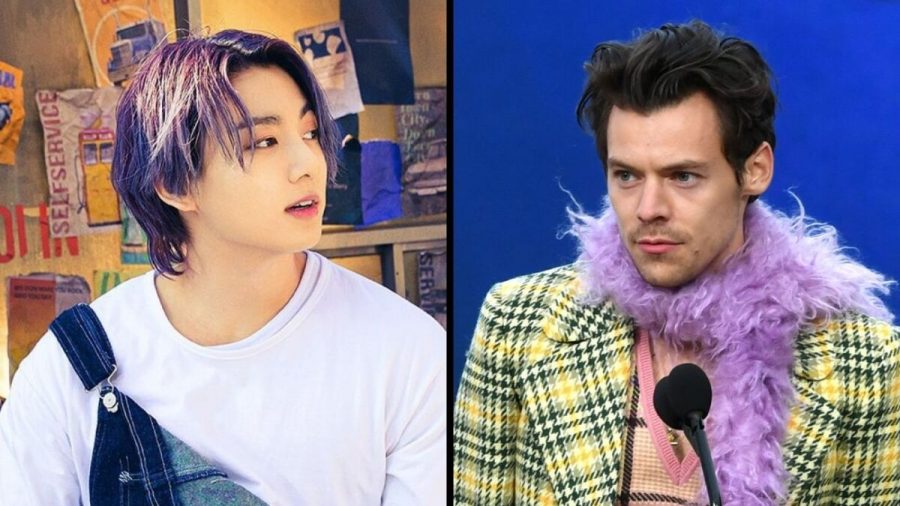 Recently, both BTS fans and Harry Styles fans have been going crazy. The youngest member of BTS, Jungkook, covered one of Styles’ most popular songs, “Falling.” The cover isn’t just amazing but it also broke records!

The cover was released on Oct. 28 and was a complete surprise to ARMY. The song was sang beautifully, with much clarity. Even though JK isn’t fluent in English, this song made fans think he was. Every word was pronounced very well, proving that JK took time to make sure it was perfect. “Falling” was a single from Harry Styles’ second album, “Fine Line.” It hit No. 62 on Billboard Hot 100 and the album hit No. 1 on the Billboard 200.

The song itself was released on the BTS Official YouTube Page. The song became the most liked, most viewed, and most commented video on Youtube which increased the sales of the original version by 400 percent. The cover became the most liked audio by a Korean soloist on YouTube in a span of a week. The cover also hit No. 23 on the YouTube Global Top Songs Chart with 16.8 million views. Currently, the cover has 3.4 million likes, over 20 million views and over 300,000 comments.

Not only was it a huge success in North America, but all over the world! It debuted No. 16 on YouTube South Korea Top Songs and No. 19 on YouTube Japan Top Songs.

We aren’t sure if Styles has heard the cover yet or not however fans of both fandoms are sure that he will love it. If you are interested in listening to it, the cover can be found on YouTube and the original can be found on all music platforms!