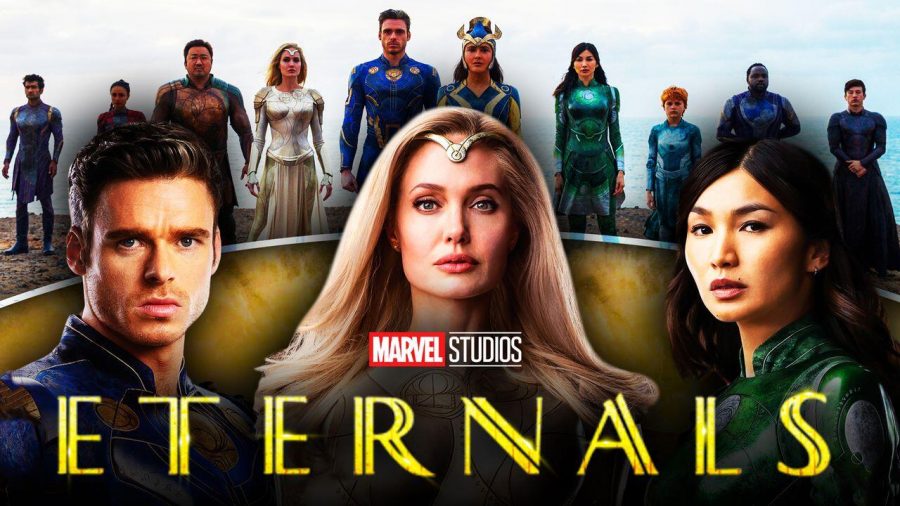 Marvel’s “Eternals” came out in theaters on Nov. 5, 2021, and has been a big hit, expanding the Marvel universe with new heroes and stories.

The movie was announced on July 20, 2019, and was set to premiere one year before it did. “Eternals” is a two and a half hour long movie that is about Eternals, people with special superhuman powers that can live forever, that defeat deviants, which are deadly monsters. Two stars in this movie are Angelina Jolie, playing Thena, and Kit Harrington, playing Black Knight.

The movie ends with two post-credit scenes, one including famous British singer and actor Harry Styles as Thanos’ brother, Eros. The Eternals are said to return in future movies, so I am looking forward to seeing how they expand on them.