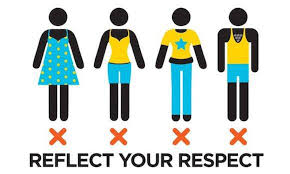 Like every other school in Chandler District, Hamilton enforces dress code upon every student in the school; including teachers. Some may think that the dress they imply is not fair at all. The typical dress code rules are: NO shoulders, NO sagging, NO shorts above your thumbs, etc… Some may think the rules are fair but some may not. When getting dress coded a security guard or teacher takes you to the nurse’s office to change your shirt or shorts.

Three student girls were interviewed based on their opinions about Hamilton’s dress code and three of the same questions were asked to all three of them. “How many times have you’ve been dress coded” was asked and Emma Breck (Junior) said “3 times, 2 freshmen year and 1 sophomore year” Lauren Haycraft said an outstanding number of “10 times since I started Hamilton High School, freshman year”  Students say that more of the girls are targeted when being dress coded. All three of the students interviewed said they agree that boys don’t get dress coded as often or much as girls do.

The other question that was asked was “ Do you think the dress code rules are fair, and if not what do you think they could change about them to make it fair” Kristen Root (Junior) said “No they are not fair and to make it I think they should allow us students to show our shoulders. Especially for how hot it is in Arizona in the summertime.” Girls are permitted to wear a cardigan or cover up when wearing tank tops. Arizona’s average temperature in the summer is 86.7 degrees fahrenheit and in the afternoons it can get up to 105. Therefore, Hamilton High School should less strict-in their dress code due to the heat.