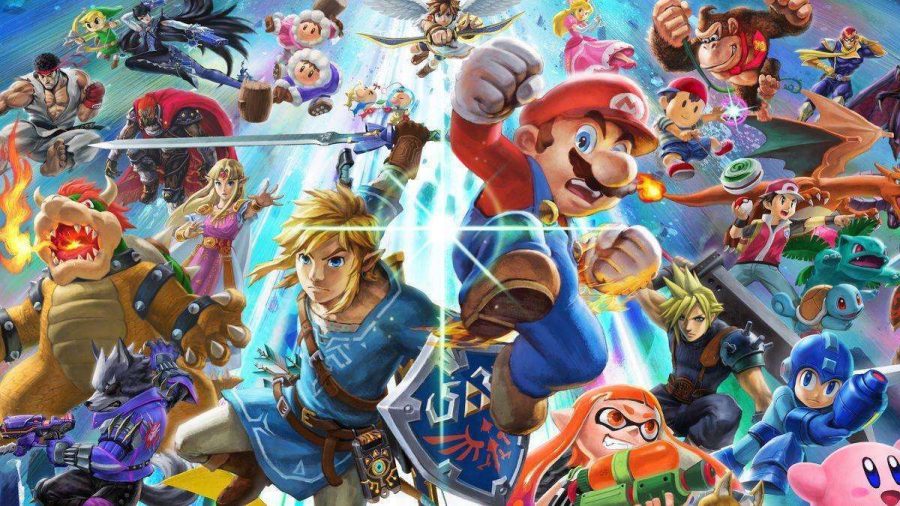 Super Smash Bros. has lived throughout since 1999, but still holds an excellent record on the market. The sales have totaled 14.3 million, No.3 in the highest-selling Nintendo games! At the following club fair, over 100 students joined the Super Smash Bros. Club! Why? How is it possible that an old game like this is so popular; principally for new players? Classics. This game features a ton of original characters from the very first Nintendo games, even though some exceptions have been made, for example, Sonic the Hedgehog. Still, fans of all ages enjoy getting to see their favorite Nintendo characters strike it out with each other. Now fans in Hamilton get to play this classic game in school.

Although more than a hundred Huskies joined the club, only 46 attended the meeting Still, the room was a tad bit crowded. Pedro Lorace (11) stated, there were “A lot of people. The first day was chaotic. Hopefully, next time will be more organized.” The first day is the hardest don’t let this compilation discourage you from coming. Like Nicholas Moriarty said, “It is a welcoming environment where you can make friendships, and do real tournaments.” Plus they also have a prize for whoever wins!

A classic, indeed, that you can now play with friends at school. Where you can geek out about the characters you love, and brawl to your heart’s content. Also, you can compete in matches to win prizes, even opening up the possibility of getting sponsored to go to real Smash conventions. Super Smash Bros. Club is unquestionably a club to check out.