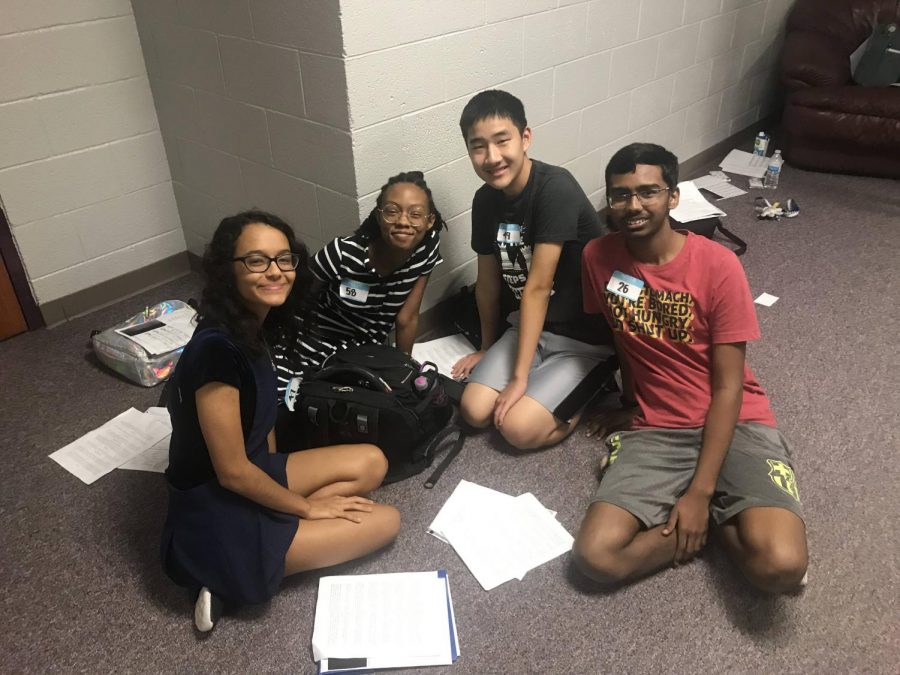 The Hamilton Theatre Department held auditions for Frozen Jr. on Monday, from after school until 4:30 and on Tuesday, after school until 6. This musical is just like the original Disney movie but performed by high school students. Little to no experience in acting was acceptable for the auditioning participants. As long as you showed up and were ready to try.

On Tuesday there were lots of huskies there to audition, Mrs. Vail the teacher of theatre class said, “[there were about 60 or more students there to audition.]” Three students were asked to talk about their preparations for the dancing, singing, and voiced lines. They all had similar responses and showed how they strived for the part they tried for. “For the dancing part, I used repetition to change and critique the steps I was doing wrong and help me do better. And for the singing and voiced lines, I practiced with my siblings and they gave me things I could try and do better” Neela Bullock (10) said. Practicing with a parent, sibling or friend really helps with the nerve and to help you spot the mistake or misread line. “For the dance, I have a seventh hour and I couldn’t practice that much. I got the video off Instagram and practiced at home. For the lines, I went over them lots and practiced different facial expressions and hand gestures and went off of that to make it perfect” Madalynn Caraveo (9) stated. One of the teachers watching the dance auditions said he looked for face or facial expressions. So Madalynn had the right idea with practicing. “I mentally prepared by shutting out the doubt and focus on the role itself and the positivity of it. For the dance, I practiced it once or twice and that’s about it” Matthew Hermann (12) said. Whether it’s practicing for days or maybe just once or twice you can still nail the auditions. The amount of confidence or pride in your work effort shows in the work itself and that’s what the students in those auditions did.

If you loved the movie Frozen, you’ll definitely love Frozen Jr. Where the Hamilton huskies sing and dance and bring Disney’s Frozen to life. After all the rehearsals are done and everything is ready, make sure to come watch the final product or Frozen Jr.