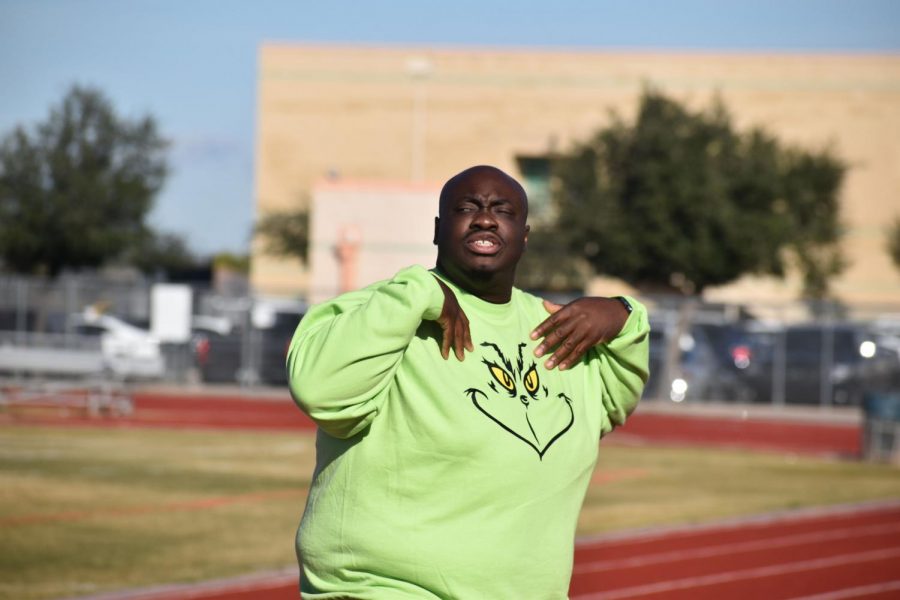 This Friday on Dec. 8, Hamilton High School held their winter sports assembly for the 2021-2022 school year.

This winter sports assembly was filled with lots of fun. It first started off with a game, run by the DogPound. It was a game of heads and tails, where students had to place their hands on their head or behind them. Whomever chose the side the coin landed on, were the people that sat down. For example, if you placed your hands on your head, and DogPound called heads, then you would sit down.

Next, this year’s National Merit Finalists were recognized by Principal De La Torre.

After that, the winter sports were brought to the stage. Girls and Boys basketball came onto the stage for a quick applause; the boys and girls soccer teams as well as the wrestling team were all at tournaments so they could not come on stage, but hopefully they bring some trophies home this season. Following this, the girls volleyball team, who are our state champions this year, played a snowman game, where whichever group made a better snowman got a louder cheer from the crowd.

The pom team performed after the National Merit Finalists were recognized. Then later, the Vibe team and Hamilton Dance Company (HDC) both performed. During the HDC performance, our security guard George danced with them! After all the routines were finished, it was time to head back to class.