What Teens Think About Climate Change 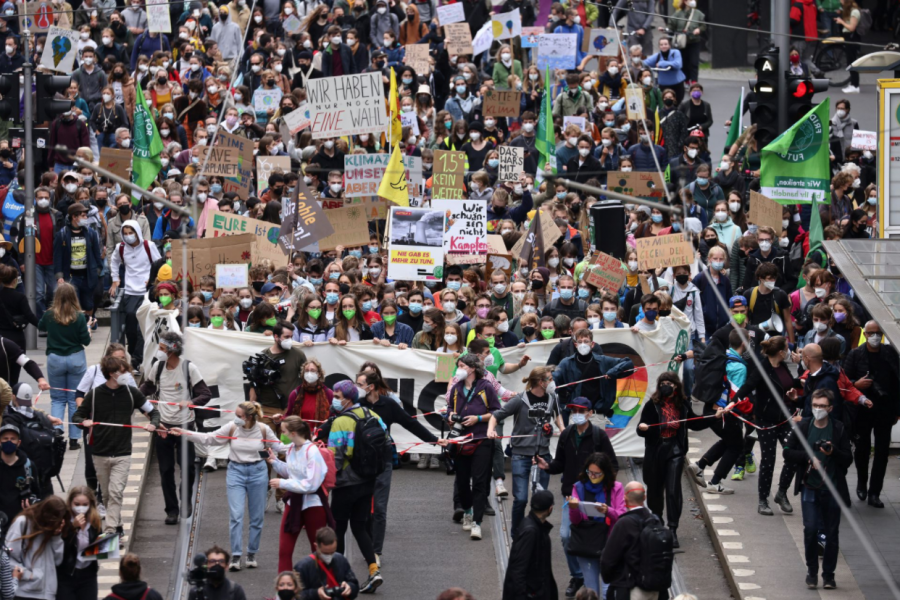 Since 1880, sea levels have risen eight to nine inches. The climate has also warmed by 0.14℉ every decade since 1880. This may not seem like a lot right now, but a continuous cycle of this will be detrimental. Iconic landmarks such as the Houston Space Center in Texas and Buckingham Palace in the United Kingdom could all end up submerged in water by the year 2100 due to the rising sea levels. This is why it is so important to take action and address climate change.

Teenagers recognize the issues have begun voicing their concerns. With social media, teens can share their ideas faster than ever leading to more awareness about issues like climate change.

A poll done by The Post and the Kaiser Family Foundation (KFF) reveals that 1in 4 students have participated in some way, whether it be a school walk-out or contacting a public official to raise awareness and show their distaste for what is happening to the planet.

Inspired by Swedish activist, Greta Thunberg, and her movement, “School Strike for Climate,” students from 125 countries walked out of their schools, urging leaders to listen to them and address the climate crisis in 2019.

While everyone can make basic efforts, like riding your bike to places rather than driving, to aid in fixing issues with the climate many teens explain how they blame large corporations. Sophomore Anita Duncan explains, “I wish people would realize that what’s doing the most damage to the climate is the big companies.”

Duncan is correct. In 2017, Tess Riley of The Guardian reported, “Just 100 companies have been the source of more than 70 percentof the world’s greenhouse gas emissions since 1988, according to a new report.”

The actions have not been slowing down at all. On Sept. 24, 2021, teens gathered all around the world to once again raise awareness about the consequences of climate change. This protest is the largest gathering to address the issue since the start of the COVID-19 pandemic.