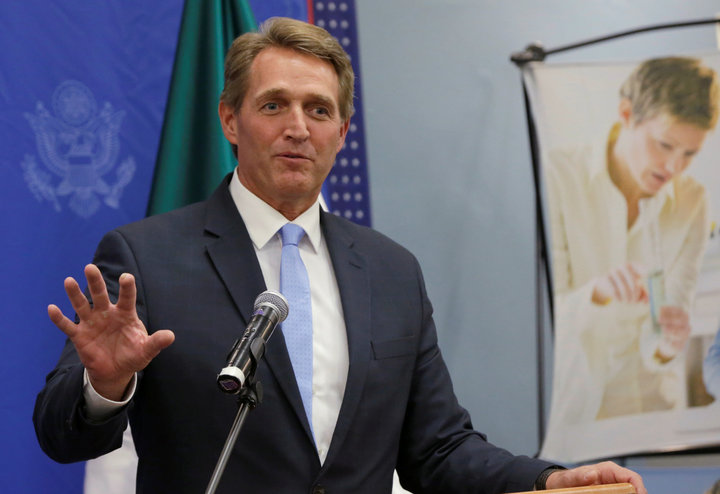 Arizona Senator Flake made a huge announcement Tuesday night on the Senate floor. While giving a passionate speech to congressmen in D.C, Flake announced that he will not rerun in the 2018 election. Cain Ortiz (11) said, “It is a little disheartening that he will not run again.” Jeff Flake credited much of his decision to the current GOP political path, saying, “It (rerunning) would require me to believe in positions I don’t hold on such issues as trade and immigration and it would require me to condone behavior that I cannot condone.” Flake continued by attacking Trump and his supporters, calling Donald Trump’s actions “outrageous”.  Flake also said, “I will not be complicit or silent…When the next generation asks us, ‘Why didn’t you do something? Why didn’t you speak up?’ What are we going to say?” Tyra Hawthorne (11) said, “I think it’s good that he is standing up for what he believes in.” Jeff Flake says he will serve out the rest of his term. Shanti Shenoy (12) said, “He shouldn’t rerun if he doesn’t want to.”