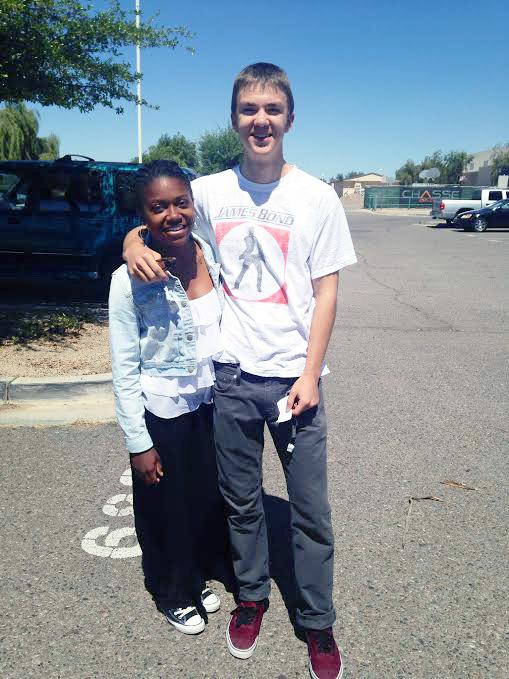 Who says a girl can’t ask a guy to prom? Jordan (12), a member of Hamilton’s yearbook staff, definitely switched things around when she asked her friend Daniel Tooker (12) to prom on Tuesday. She has yearbook class first hour and gathered people from the class to take pictures of while all holding out different signs that would eventually say, “Will you go to Prom with me?”

“I was talking to different people about the idea and it progressed and got better. I knew he liked photography so I tried to incorporate my idea with that!” Jordan stated.

Tooker had photo class his fourth hour that same day and the teacher gave him a flash drive of photos to edit (wink wink). Little did he know he was being asked to Prom!

“He was sitting down and he stood up and was like, ‘that was very original, I was not expecting that…Yes!’” Jordan exclaimed.

In a guy’s position, asking a girl to Prom or a school dance or even out on a date can be a little nerve-racking, but now being the girl asking the boy the feeling is mutual! Thoughts of him saying no kept Jordan questioning her prom question till she got his answer back.

“I was so nervous, at first I thought he was going to say no but I am so excited that he said yes!”