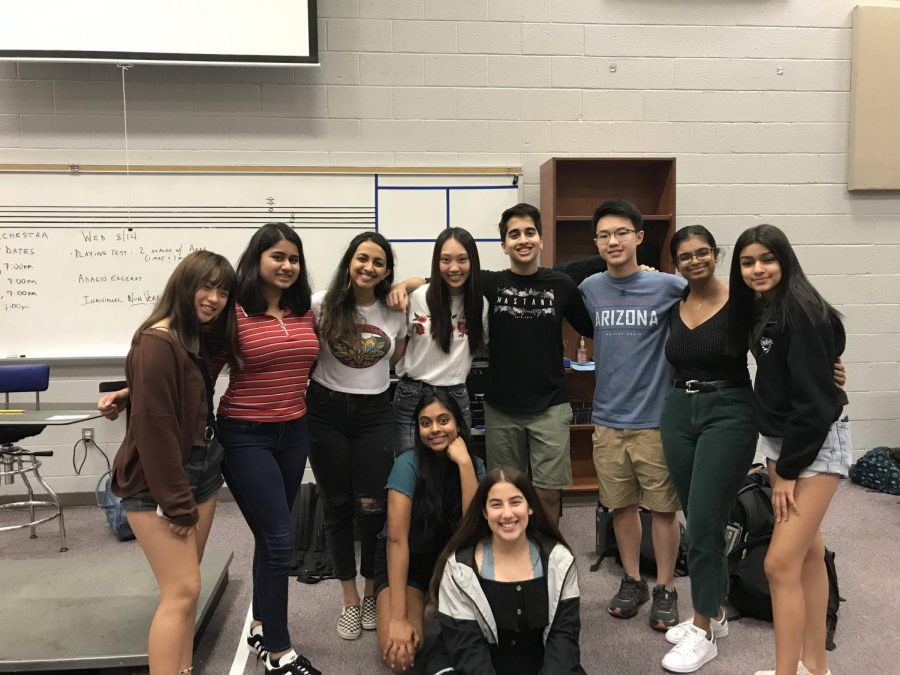 With the dawn of a new school year, arises the continuation of one of Hamilton’s most outstanding clubs: Speech and Debate! The first general was held on Wednesday, August 14 in the choir room; where new-comers were introduced to the club president and event captains, as well as what the club entails. Ms. Mead, the club’s Head Coach & Sponsor for the fifth year in a row, described speech and Debate to be a place where, “students can look forward to lots of friendship and fierce competition; as well as learning a lot about public speaking, how to conduct research and present their ideas clearly.” Both the coaches and captains of the club would like to emphasize that, “even though it does take a lot of time and effort, it does come with a lot of support.”

The Speech aspect of the club varies from Debate, due to the rigorous 5 or 10-minute statements on a chosen topic, whereas in Debate, there will be selected items in which contestants will argue both sides, whether it’s individually or with others. The captains are as follows: Daniel Shih (12)/ Captain of Public Forum, Ria Manathkar (11)/ Treasurer & Lincoln-Douglas Co-Captain, Nieva Krishnan (12)/President & Lincoln-Douglas Co-Captain, Hannah Guan (12)/ Vice President & Interp Captain, Afreen Shah (11)/Policy Co-Captain, Amanda Gong (11)/Policy Co-Captain, Jillian Kahn(11)/Congress Captain, and Ayesha Raman (12)/ Public Address Captain. Public Forum meets in N110 Wednesday and Thursday. Shih stated that “Debate is a great way to build argumentation, articulation and persuasion skills while debating about current world issues. It’s also a way for you to get a different depth of knowledge on common topics and learn both sides to every argument. It’s a great way to express yourself.” Ria Manathkar said, “It provides a welcoming community for everyone and is a great way to meet friends, but it also allows people to understand how others think.” LD is a 1v1 event that takes its name from the distinguished Abraham Lincoln and Andrew Douglas debate. Although it is one person debating that doesn’t mean you work alone. Manathkar says, “you’ll work together to practice your speeches, and best of all, you’ll choose what you’re debating.”