The Fatal Nine: Lives To Reminisce 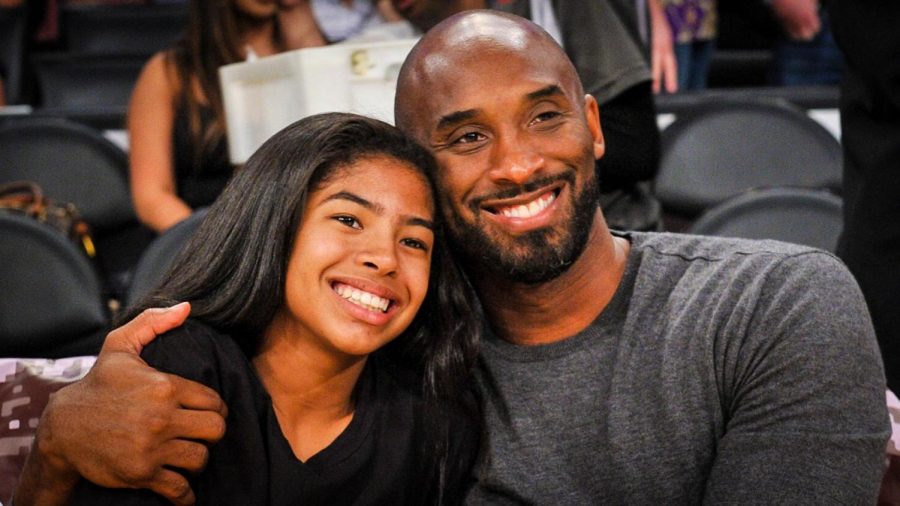 A helicopter crash on the 26th of January took nine lives including that of the famed Kobe Bryant and his daughter Gigi. All victims consisted of; Kobe Bryant and his daughter Gigi. John Altobelli, a champion baseball coach at Orange Coast College, was killed along with his wife Keri and daughter Alyssa. Other victims included: Christina Mauser, Sarah Chester, Payton Chester, and Ara Zobayan. The nation reacted in a wave of the morning to the horrible event. At the Grammys Awards that were held on the same Sunday evening, multiple stars paid homage to those in the crash. “We’re all feeling crazy sadness right now,” said Alicia Keys, a Grammy award-winning singer. The power in her words was not shared alone. “I haven’t felt pain that sharp in a while,” Shaquille O’Neal said. He and Kobe were known for beef while winning three straight championships together for the Lakers. The two have been said to patch things up in recent years with little pokes here and there. Now in a TNT interview, O’Neal says, “It just makes me think that, in life, sometimes instead of holding back certain things, we should just do ’em.” Through a Tragic event, there is a lesson to be learned from the loss of the Fatal Nine.

Joining the NBA straight out of high school and a dominant scorer, Bryant won five NBA championships and the 2008 MVP Award with the Los Angeles Lakers. He surpassed Micahel Jordan in third place on the NBA all-time scoring list in December 2014. Retiring in 2016 after scoring 60 points in his final game. He earned an Academy Award for the short film Dear Basketball. In his life, Kobe influenced many and those connections he’d made left those connected to him feeling shattered. His wife Vannessa Bryant who has been married to Kobe since they were 18 years old was of those inflicted the hardest. Two days after the crash she posted a picture of her family on Instagram letting everyone know how much she cared about her beloved husband Kobe and daughter Gigi Bryant.

Gigi Bryant short for, Gianna Maria Onore Bryant, was with her father Kobe Bryant in the fatal crash. She was only 13. In her life, Gianna played basketball for the Mamba Sports Academy and was coached by her father. Even Kobe talked about Gianna saying how she was a female version of him. “This kid, man… I’m telling you, The best thing that happens is when we go out… and Gigi is like ‘I got this!’” It is truly sad to see a young girl as talented as she was with a full life ahead of her have such an unfortunate outcome. For 27 years, John Altobelli coached the Orange Coast Baseball team.  He and his wife Keri and their daughter Alyssa died in the helicopter crash. His daughter Alyssa played with Gigi Bryant together at Mamba Sports Academy. Christina Mauser was honored by her husband Matt Mauser. Mauser reported to CNN,  calling his wife a “strong” and “powerful” basketball player and coach who was planning to celebrate her youngest daughter’s fourth birthday next week.” Sarah and Payton Chester was the other family involved in the crash. Payton was also only a 13-year-old girl. Lastly, Ara Zobayan was the pilot of the fatal crash. His neighbor, Robert Sapia, told CNN that “Zobayan was affable and exacting. He loved his job and would show Sapia photos of the celebrities he would fly around, including Bryant, Sapia said.” The nation’s hearts go out to all victims in the helicopter crash. The lesson to be learned is simple. We must always make the most of life; we never know which day is the last one.