As Fires Rage Nationwide, Nepal is Buried In a Sea of Smog 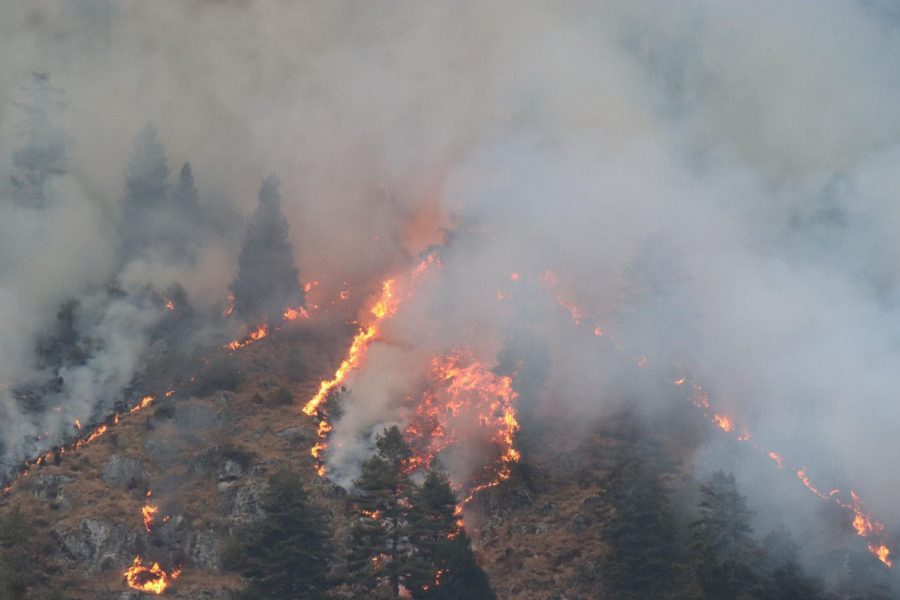 Clouds of smog and ash are stretching across Nepal’s cities as hundreds of wildfires burn in one of the worst fire seasons they have experienced in recent years. Nepal’s dry season, which starts from late fall to early summer, typically spikes with the most severe fires in March and April. Since the month of Nov., 73 out of 77 districts in Nepal have reported wildfires. This is the highest on record in the last five fire seasons.

According to the Nepalese Forest Fire Management, the country has recorded 2,087 forest fires nationwide since Nov. 15, 2020. As of March 25, there were at least 524 burning across the country. As a result, the combination of dust, smoke and ash has layered the streets in thick, low visibility air.

Due to the constant fires, the air quality of the country has deteriorated significantly. On Tuesday afternoon, the capital of Nepal, Kathmandu, recorded a score of 225 on the World Air Quality Index. This measure of the concentration of pollutants in the air was deemed as “very unhealthy.”

The most harmful microscopic matter in this smog is PM 2.5. Smaller than 2.5 micrometers in diameter, it is considered particularly dangerous as it can pass into the lungs and other organs as well as the bloodstream. The level of PM 2.5 in Kathmandu has recorded a maximum of over 363 micrograms per cubic meter. To put this into perspective, the World Health Organization classifies 25 micrograms per cubic meter to be unsafe.

On Sunday, an emergency meeting was held by the Ministry of Education to close all schools until the following Friday to avoid potential health risks from the low air quality. Unfortunately, the stagnant atmosphere will be unable to blow or wash the air pollution away. The country’s department of Hydrology and Meteorology advise residents to remain indoors with masks on.