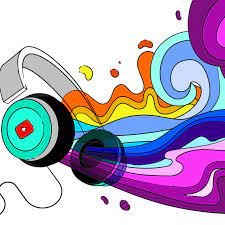 Students at Hamilton High were asked some questions about their music interests in different situations and their all time favorite songs and artists.

Ved’s top five artists are Lil Uzi Vert, Playboi Carti, Kanye West, The Rock and Michael Jackson. His top three workout artists are Katy Perry, Tevvez and Playboi Carti. His top five all time are Prince, Michael Jackson, Tupac, AC/DC and George Michael. His top three throwbacks are “Thriller,” “Footloose,” and “Billie Jean.” His night artists are Giveon, Bruno Mars and Clairo. Ved’s top five songs are “Magnolia Park,””Look Back At It,” “Fell in Luv” “Love Sosa” and “Wishing For A Hero.” His top genre is “anything but country,” and his least favorite genre is country.

Gauchan said her top five are The Weekend, Jhene Aiko, Bryson Tiller, Ariana Grande, Frank Ocean and PnD. Her top three workout artists are Megan Thee Stallion, Nicki Minaj and Doja Cat. For her top five all-time artists, she said that it would be the same as her current top five, but adding Drake to that list. Her top three throwbacks are, any song by Justin Bieber, “Steal My Girl” and “What’s My Name.” Her top three artists to listen to at night are Bryson Tiller, Jhene Aiko and Kehlani. Her top five songs ever are “Die For You,” “Ivy,” “Break from Toronto,” “Passionfruit” and “Take Care.” Her top genre is R&B and her least favorite is EDM.

Overall these huskies have unique taste in music from each other, but they all have somewhat similar tastes. This just shows the strength that music has to bring people together.