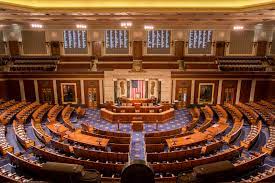 Democrats in the House of Representatives hope to pass the “Build Back Better” Act before Thanksgiving. The act addresses climate change, child care, medicare expansion and health care provisions. The bill costs $1.75 trillion and will be paid for over a decade. Because House Republicans oppose the act, Democrats are using a process called reconciliation to pass the bill in the Senate with only Democratic votes.

The House attempted to pass the bill a week ago, but six Democrats- Jamaal Bowman, Cori Bush, Alexandria Ocasio-Cortez, Ilhan Omar, Ayanna Pressley and Rashida Tlaib voted against it. To pass the bill, the House needs votes from every Democratic member of the House of Representatives. The bill will need to be revised to earn every House Democrat vote.