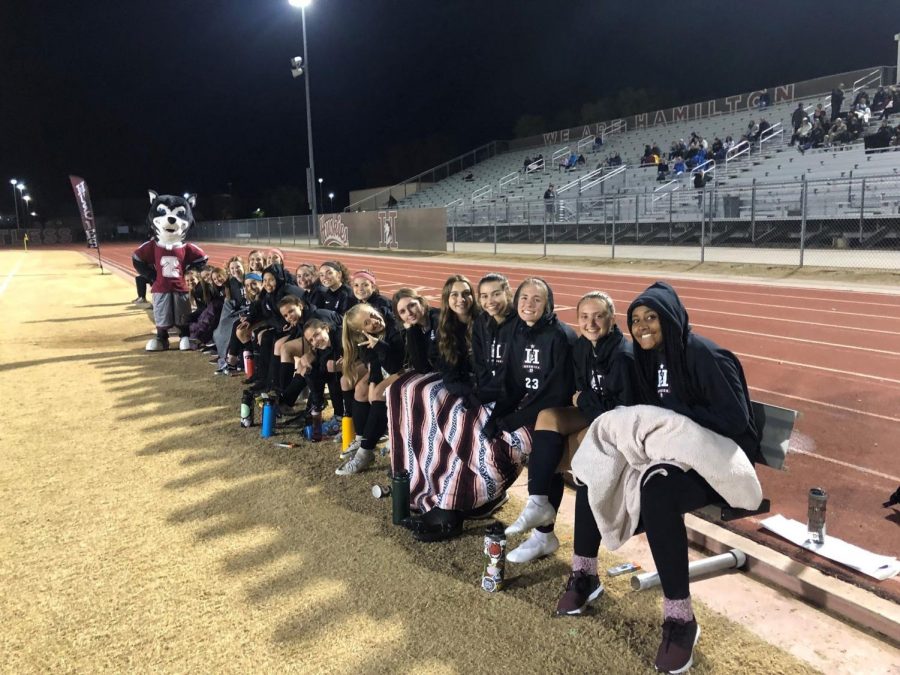 After a successful 2018-19 campaign, finishing with a 13-7-2 record, the Lady Huskies Soccer team made it to the semifinals of the 2019 State Tournament. They rolled past Shadow Ridge 4-1 in the first round, and then they defeated the Desert Ridge Jaguars in overtime, 2-1. In the semifinals, they took on the number one team in Arizona, the Chaparral Firebirds and after a grueling game, unfortunately lost in penalty kicks.

Senior Captain, Kaitlyn Giordano, commented on what it meant for the Huskies’ seniors during their tenure: “I think that since we’ve gone through two different coaches, and we’ve always been so close, that it was an amazing four years here at Hamilton. Although we didn’t get what we wanted [State Championship] this year, I feel that we have left our mark here.” Giordano was a significant part of their playoff run as she scored a goal in their 4-1 victory over Shadow Ridge and was also awarded Player of the Game honors after a tremendous performance against Desert Ridge.

Gabrielle Gruenewald (11) also commented on the close defeat saying, “We were focused and we all put together a complete effort, but at the end of the day, they were able to score more goals in penalty kicks than us.”

We look forward to another successful season from the team next year!