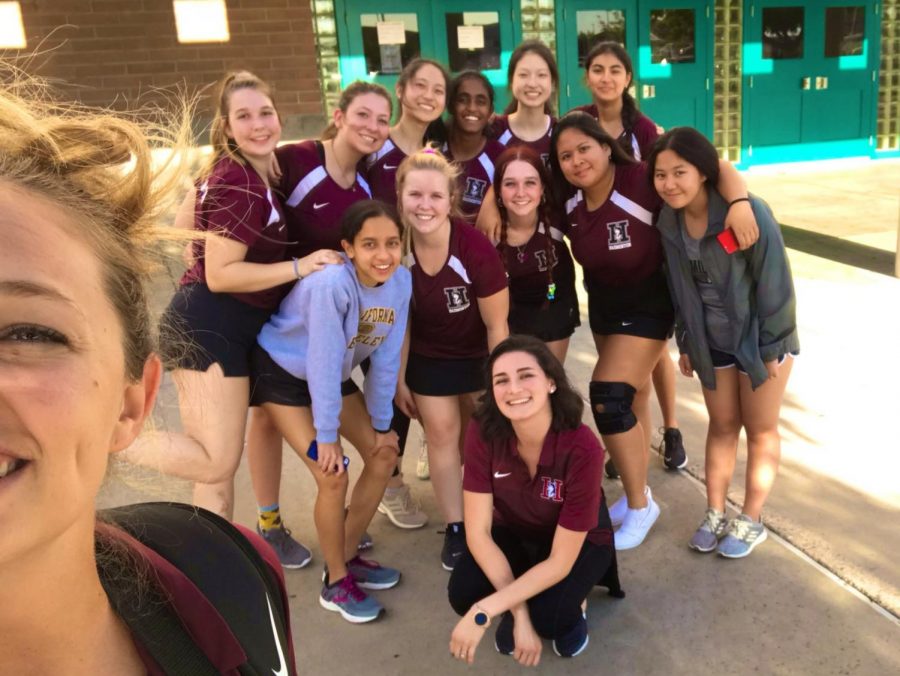 The Huskies hockey team once again imposed their will last Saturday, defeating the Horizon Huskies 6-0. Thanks to a hat trick from Carter Newlin and another masterful performance from senior goaltender Hayden Manning. The Huskies jumped on the throat of Horizon early, controlling most of the play in the offensive zone, and firing many shots on the Huskies goalie. Newlin added insurance for Hamilton, completing the natural hat trick midway through the 2nd. Newlin (12), talked about his success over the weekend, stating that “I was able to get great passes from teammates and to be able to put the puck on net and for it to go in is always a nice feeling. Newlin leads the team with 4 goals this season. The Huskies engage in a rivalry game next Sunday the 22nd against Basha/Perry Bears.

Badminton rebounded well after a tough home loss to Perry this past week, with back to back 9-0 thumpings to Skyline and Alhambra respectively. None of the 18 different matches they engaged in with past two rounds and the Huskies are once again showing why they are at the top of the standings. The varsity Badminton team looks to keep it up this upcoming week, with an upcoming road trip that includes a hike up the 101 to take on Sandra Day O’Connor, Then back down south to take on Mountain Pointe, and then Desert Vista.

Huskies Swim and Dive move to 2-0 on the season, after a 2-1 win versus the Perry Pumas last Thursday the 12th. The overall team score was 191-180 for Hamilton. The Girls fell 100-86, but the boys pulled through with a 105-80 win. Lot closer contest for the Aquatic Huskies this week, and they look to move to 3-0 when they match up with the Corona Del Sol Aztecs this Thursday the 19th at 4 pm. #GoHuskies