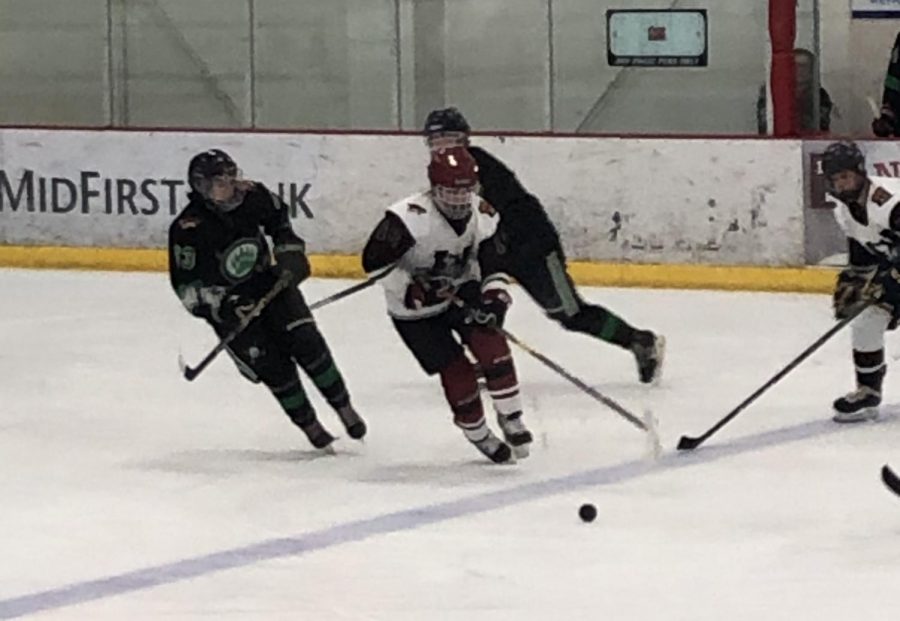 Hamilton Varsity hockey loses its first game of the season on September 22nd by a score of 6-3. With several players missing, the Huskies had a tall mountain to climb from the beginning. The game started out rough, with the Basha/Perry Bears scoring 1:03 into the hockey game with a point shot. Then later on in a span of 36 seconds Seniors Parker Culbert and myself added tallies to pull the Huskies ahead 2-1. With 4 seconds left in the first period though, The Bears scoring a weird goal from behind the goal line. Sophomore Goalkeeper Manu Carrasco commented on the game, stating that “It was a struggle to keep in it with the Bears, as our missing bench took its toll” The Bears would add 3 goals in the second period, putting them up comfortably 5-2 heading into the final frame. Defenseman Nicolas Hemersbach (11), mentioned how “For us as a defenseman, we really were fighting the whole night to keep the puck out, while also battling exhaustion and fatigue from only have 5 D-men (Defenseman). The Bears and Huskies would exchange goals in the third, with Senior Center Nicholas Smith scoring his third goal of the season to score some pride points for the Huskies. This is considered a strange feeling for Hamilton, as losing is not something they have had to deal with much of this season. Junior Zack Cain talked about the loss, saying that “It was a tough one to swallow for sure, but we must regroup and be ready for OC on Saturday.” The Huskies will have six days to prepare for a tough O’Connor squad when the two teams meet this Saturday at AZ Ice Gilbert. Puck drop is at 7:45 pm #GoHuskies!