Varsity Rebounds After a Tough Loss to Brophy 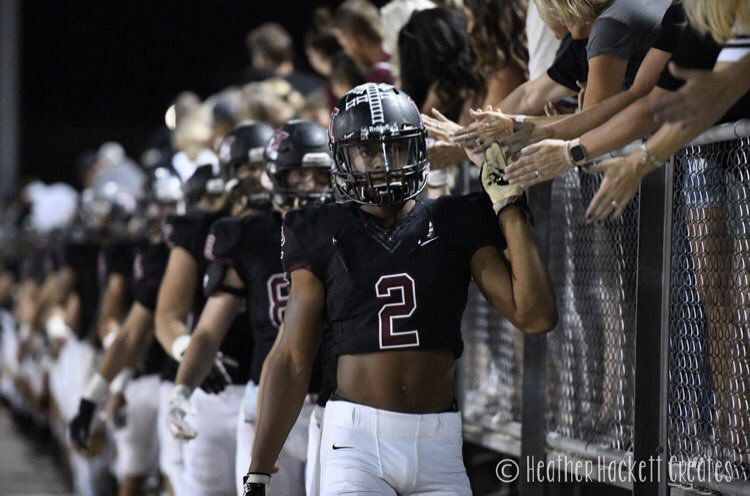 The Hamilton Football Varsity Team suffered its first loss of the season against the Brophy Broncos with a final score of 27-14. Penalties have been a major concern for the Huskies all season long and the problem finally caught up to them as they had a whopping 13 penalties for nearly 140 yards. Despite having over 400 yards of total offense, turnovers were ultimately the deciding factor of the football game as senior quarterback, Nick Arvay, had three interceptions on the night, with one of them being a pick six for the Broncos. The defense still put up a fight as they were able to hold the Broncos scoreless after their first drive of the second half. Unfortunately, the offense had already dug themselves in too deep of a hole that they could not overcome. Christopher Esparza (12) was disappointed by the overall performance of the team as they had “several self-inflicted wounds that hurt them in the long run.”

Although it was a tough outing for the Huskies, the team was able to redeem themselves the following week with a dominating 42-0 win over the Basha Bears. Avay had a terrific night as he completed 15 out of 21 passes for 194 yards and two touchdowns. He also added 26 rushing yards and one rushing touchdown to go along with his great performance. Sebastain Dorman and Gabe Armenta, senior running backs for the Huskies, were both very successful on the ground as the dynamic duo combined for 200 rushing yards and three total touchdowns. The defense, on the other hand, looked dominant as Bears senior quarterback, Micah Harper, posted a 21.5 QB rating and had two interceptions on the night. Senior inside linebacker and defensive player of the week, Brenden Maslin, was all over the field for the Huskies as he had eight total tackles with one tackle for a loss and one interception. Jacob Gonzales (12) was very ecstatic by the performance of the team as this win gives them “great momentum to finish out the rest of the season strong.”

Overall, the team was ultimately able to get its first shutout of the season against the Bears after falling to the Broncos the previous week which makes individuals like Chris Esparza (12) “excited to see how the rest of the season plays out.” The Huskies will go on the road this Friday, October 25th, at 7 pm to take on the 5-3 Perry Pumas! #GoHuskies