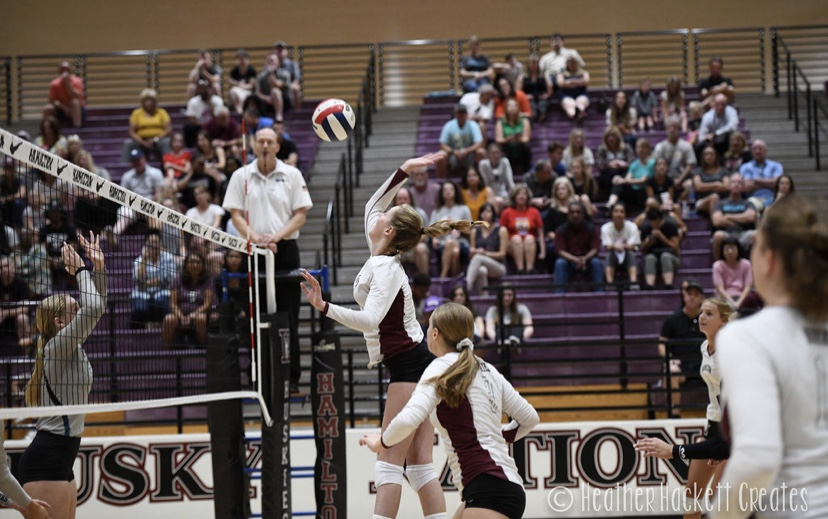 Last week the Girls Volleyball team defeated the Basha Bears with a score of three to one. The game was held at home on October 23rd where it was senior night and the team was hype to play against one of their big competitors Basha High.  Bailey Williams (12) expressed, “ We killed the game and it was really rewarding to win against a big team.” Bailey had a total of four sets played and 9 kills in this tournament. The volleyball team has seen more and more support from students coming to their games. Colter Brown (12) commented, “my favorite part of going to the volleyball games is seeing how the teams interact with each other and how both teams push each other to work harder.” Another student at Hamilton, Matthew Chismar (12) has gone to many games and explained, the team “ has done really well when being down in a set and being able to bounce back winning that set or match. They have also had some key wins against Corona and Xavier at home.” Make sure to follow how the girls do at playoffs and at their next game this week at Xavier. #GoHuskies!