Badminton falls to Perry in State, Hockey sweeps the weekend 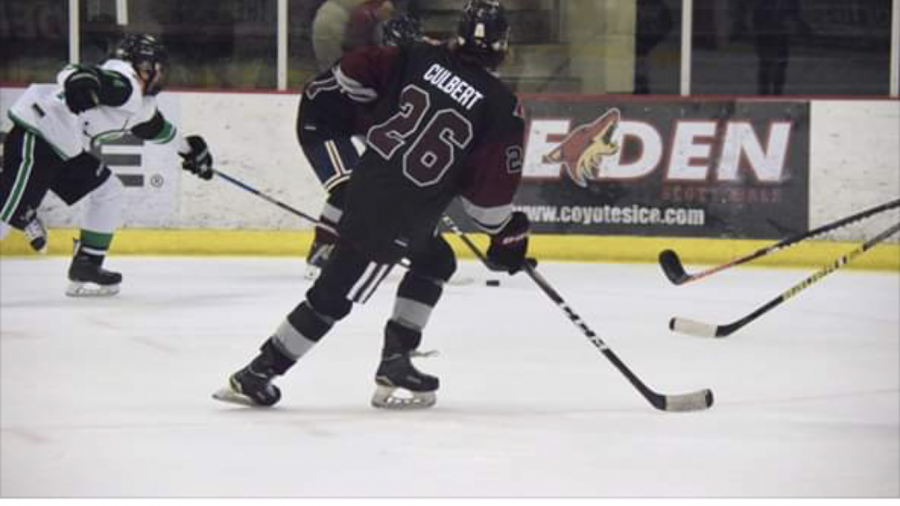 The Girls Badminton team once again had another historic season ruined at the hands of the Perry Pumas in the badminton state championship last Thursday on Halloween. The Girls played hard, but just ran into a solid Perry squad and lost 5-0 at Mesquite High School. Senior Abby Liu talked about the season’s accomplishments, despite the way it ended. “Regardless of how the Championship went, I’m just so proud of what our girls accomplished this year. We battled hard every match, and at the end of the day, we ended up with some hardware after all.” She is, of course, is referring to Rujuta Sane, who won the singles Championship earlier this week. While the Lady Huskies ultimately did not win the big prize, they had yet another fantastic season, and this program just continues to build and move in the right direction. Nothing to be too ashamed about Ladies, what an awesome year you guys had!

The Hockey team once again showed their resiliency this past weekend, picking up 4 big points on AHSHA league play. The weekend started with a home matchup against the Chaparral Firebirds. The Huskies were heavy underdogs, as they only competed with 10 skaters and 1 goalie. The Huskies would take the pressure earlier, and the Firebirds cashed in on a bomb from the point to go up 1-0 in the first. After that the Huskies played a strong defensive game, keeping the score tight until the third when Junior forward Zack Cain one find the back of the net twice in three minutes to put the Huskies up 2-1. The Huskies would hang on to win 2-1, with a big help from Manu Carrasco (11), who made 29 saves in the win. Cain commented on his big night by saying, “We worked hard in the d-zone, and we got rewarded with a couple of nice goals.” “Connor (Manning) had a nice shot from the point that I was able to get my stick on it and deflect it, and then Nerm (Josef Nermyr 11), gave me and great pass in the slot, and I banked it in. On Sunday the 3rd of November, The Hockey boys would overcome a slow start against Horizon, and a big night for Josef Nermyr, who recorded his first hattrick of the season would help Hamilton defeat Horizon 4-2. Manu Carrasco had another big night, with 29 saves. Hamilton has another doubleheader next weekend, with battles against rival Desert Vista and a rematch versus the Firebirds Sunday night. #GoHuskies