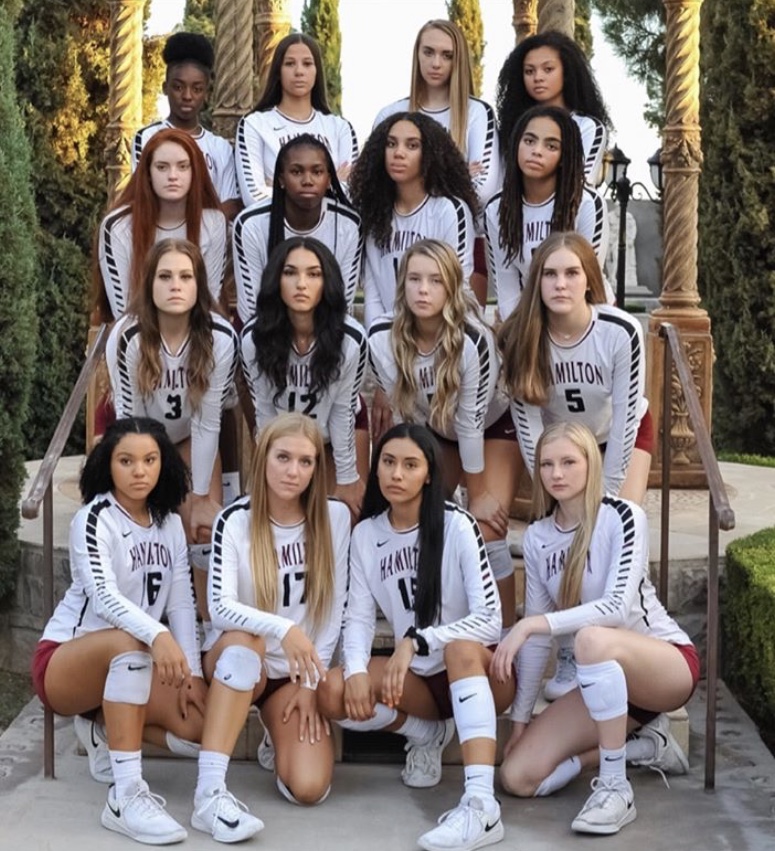 The Hamilton Girls Volleyball team won their first round of playoffs last night on November 5th at home. Ranked at number six, the Huskies made the game interesting to say the least, defeating the Mountain View Toros in five sets. It was a pretty competitive game, with back and forth paced action.

The final score was three to two, with the huskies winning the last set by a score of fifteen to seven. Kyra Middleton (10) who plays on varsity commented that “ this game was important to our team as our goal is to make it to state this year.” We’ve worked hard all year, and I really want our seniors to go out as champions!” Middleton continued her dominant campaign with 9 kills last night. Kyra McCain (12) who had a lot of blocks during the game has been really solid all year, and last night was one of her best games with playing the game-winning block.  Caden Fricke (12) who was at the game noted that “the environment was electric and everyone was engaged in the game.” The next playoffs game is November 7th against rival Basha. Make sure to go watch the next game at Basha. Go huskies!