Hockey closes the regular season with a W, Boys Basketball rolling in the New Year. 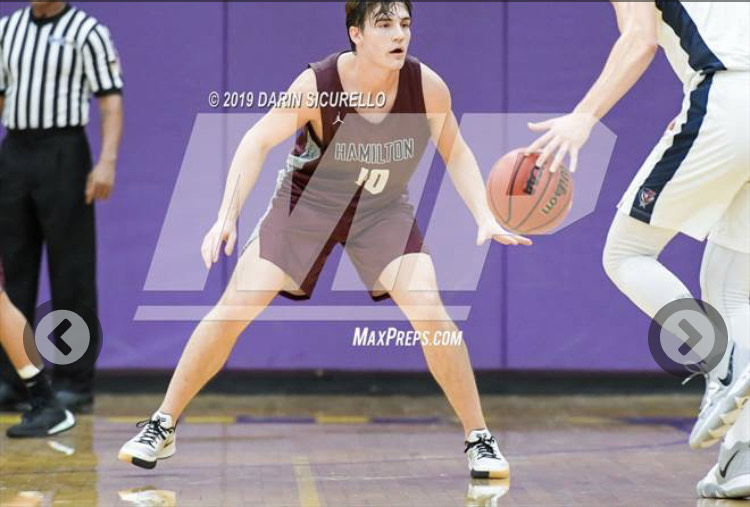 The Hamilton Varsity team finished out their regular season schedule last Saturday, January 11th with a 4-2 victory over the Desert Vista Thunder. This was their 3rd win against the Thunder, culminating a season sweep of their rivals. The Huskies were led by Juniors Josef Nermyr and Carson Gylling, who each tallied a goal. Sophomore and Senior forwards Garrett Falcone (10)  and Carter Newlin (12) also scored for Hamilton. Senior goalie Hayden was once spectacular in goal, recording just 16 saves, but made two incredible breakaway saves to prevent Desert Vista from staying in the game. The Thunder would add two “garbage goals” at the end of the game, but it was already over. Manning commented on his game, stating that “It feels good to capture that last win heading into the playoffs because now we have some momentum to work with.” The Huskies clinched the 3rd seed and will kick off playoff action in the best way possible when they take on the Basha/Perry Bears in Round 1 on Saturday, January 25th at the Ice Den Scottsdale. Puck drop is at 8:00 pm.

The Boys Basketball team has been virtually unstoppable since we rang in 2020. They are 4-0, and 3 of their 4 wins have come by double-digit margins. They kicked off the new year with a road game against Alhambra that took at Talking Stick Resort arena, Which is where the Phoenix Suns team plays and blew the Lions off the prairie by a score of 60-33. The Huskies then came back home and pounded the Bulldogs 56-40, and then an absolutely clutch free throw from Sophomore forward Adrian Galindo capped the Huskies win over archrival Chandler on Friday, January 10th. Hamilton then controlled the Monsoon from Valley Vista 68-55. The Huskies take on rival Perry Pumas at home on January 17th, so be sure to come out and support your Boys Basketball team! #GoHuskies