Huskies Football Defeats Higley, Will Face Chandler For the Battle of AZ Ave. 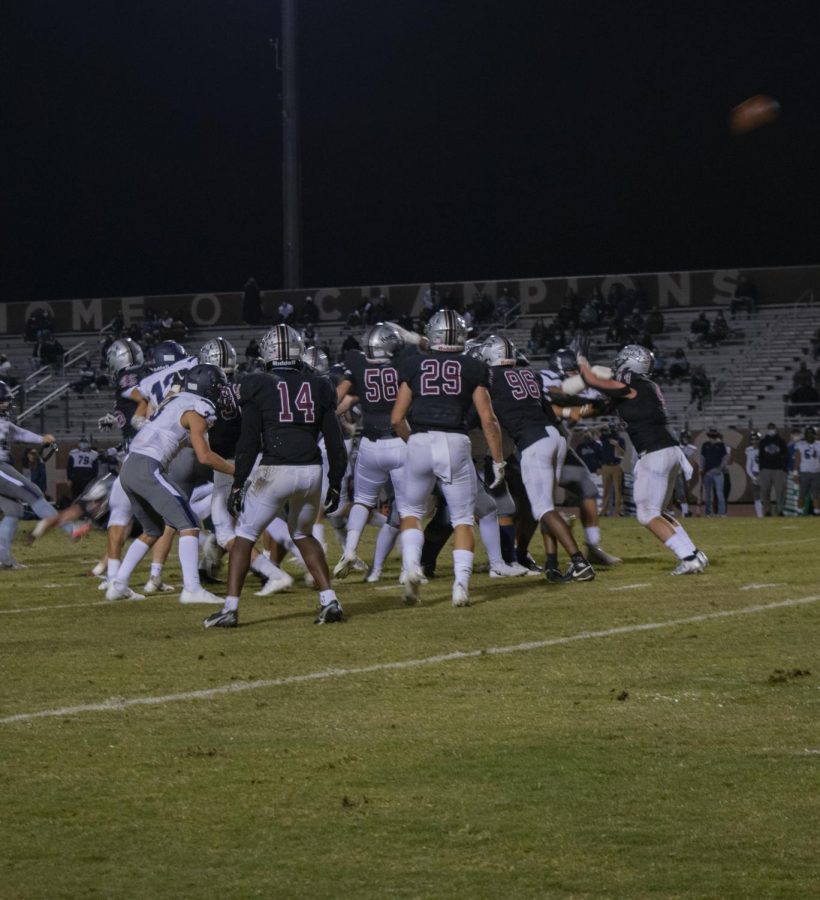 The Huskies now possess a 6-0 record for this year’s season, hopefully making it 7-0 as they face their biggest rival, the Chandler Wolves. They will travel to Chandler for the 6A Premier battle on Friday, Nov. 20. The Wolves also hold a record of 6-0 as of this season. Last year’s game was a very interesting one to say the least, when the Huskies had the lead for the first three quarters. Later tying with the Wolves with three minutes to go in the fourth quarter with a score of 35-35. The Huskies went lost 42-38. However, the Huskies were only getting ready for this year.

The Wolves have many athletes that stand out such as Mikey Keene who seems to have an amazing QB rating of 140.1. Followed by Keene the wolves also have Eli Sanders who has made a total of 13, putting him in the lead for rushing touchdowns. Leading the Wolves in receptions is Kyion Grayes, who has a total of eight receiving touchdowns and a total of 424 receiving yards for this year’s season. On defense, Chandler has Hank Pepper who has an average of nine tackles per game in this year’s season and a total of 54 tackles.

Each team has an amazing amount of potential making this game one to remember. The battle for Arizona Ave continues which originated when Hamilton opened in 1998. It is easy to say that the Huskies were immediately successful when it came to football creating the rivalry between the two schools on Arizona Ave. The Huskies were known for taking the first 17 matchups and later winning seven titles. Since then roles were shifted when the Wolves began to win the last few games both of the schools had. Through this 22 year old rivalry Chandler has claimed two titles. Making teachers, staff, parents, and students so eager to see who will take home the name of “keepers of Arizona Ave”. Tickets are selling especially fast for this game so make sure to get them as soon as possible. The game will also be aired on ESPN-U, taking place at Chandler high School. Who shall be the winner of Arizona Ave this year?