Huskies Baseball & Softball on a Role! 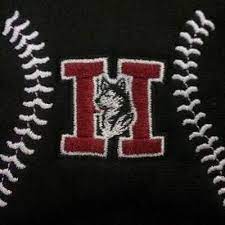 The Husky Varsity Baseball team played Desert Ridge on April 16 at Desert Ridge High where the first pitch was at 6:00 pm. Kole Klecker shut down Desert Ridge, throwing a complete game shutout and putting the Huskies in a 4-0 victory. The Huskies opened up scoring in the first inning where Brock Selvidge drove in two when Selvidge singled. Klecker was the winning pitcher for the Huskies. The fireballer surrendered zero runs on six hits over seven innings, striking out seven and walking one. JD Sobeck took the loss for Desert Ridge. The jaguar allowed six hits and three runs over four and a third innings, striking out four and walking one. The Huskies racked up six hits on that day. Gavin Turley and Selvidge all managed multiple hits for Hamilton. Selvidge and Turley each collected two hits to lead the Huskies. Desert Ridge totaled six hits in the game. D’Amato and Trey Holland each racked up multiple hits for Desert Ridge. However, the win was still taken home by the Huskies with a final score of 4-0. The Huskies were then scheduled to play the Colts from Casteel on April 20 where they won with an overall score of 7-0. Followed by their face off against the Colts they went up against Horizon on April 21; it was a Husky vs Husky face off.

Hamilton had an early lead on its way to their 9-6 victory over Horizon on Wednesday. Hamilton scored on a walk by Gavin Turley and a walk by Josh Tiedemann in the second inning. They then collected five hits and Horizon had four in the high-scoring affair. Our Huskies pulled away for good with two runs in the second inning. In the second inning, Turley Drew scored one run and our Huskies put up four runs in the fourth inning. The offensive firepower by Hamilton was led by Turley and Brock Selvidge, all driving in runs in the inning. Selvidge led Hamilton to victory by  allowing one hit and two runs over four innings and striking out nine. Tiedemann threw three innings in relief out of the bullpen and recorded the last nine outs to earn the save for Hamilton. Grant Richardson was on the mound for Horizon. Richardson allowed one hit and two runs over two innings, striking out four. Sam Lachot and Collin Senior entered the game as relief, throwing two innings and two innings respectively. Ryan Kucherak went 2-for-4 at the plate to lead Hamilton Huskies in hits.Tyler Krater led Horizon with two hits in two at bats. All tying up the win for our Huskies with an amazing score of 9-6. The Huskies next game will be on April 23 against the Pumas at Perry High school and the game is scheduled to commence at 4:00pm. Good luck Huskies!

As for Varsity Softball, the Huskies faced off against the Basha Bears at home on April 20; where the game began at 3:45 pm. They finished off the bears with a final score of 7-1, and are next scheduled to play again alongside the boys against the Pumas at Perry High school at 4:00pm on April 23. Good luck Huskies!