Hamilton Versus Highland: The Battle of Two Top 10 Teams In Arizona 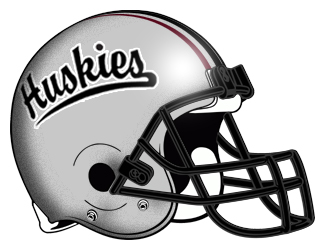 Hamilton is set for a showdown against Highland. Both of these teams are ranked in the top 10 teams in Arizona. The Hawks are ranked eight, and their record is 6-1. They would be undefeated coming into this game, however; they suffered their first loss last week to the Basha Bears. Hamilton, on the other hand, is 7-0 and ranked number one in Arizona by Max Preps.

Hamilton is going to have fresh legs because of their bye last week. However, this is no time to slack off. Highland is no pushover and has only lost one game.  In the stacked 2022 graduating class, Gage Dayley, the quarterback, is the 48 ranked player in Arizona. Dayley has thrown 116 passes and completed 81 of them. Dayley has passed for 1,339 yards. While this may be impressive, you have to also include his 12 touchdown passes. Another notable player for the Hawks is running back Steven Trujillo (88 carries for 546 yards and eight touchdowns). Fisher Camac has also been stellar for this Hawks team and has achieved a total of six sacks, 16 tackles and two interceptions.

Hamilton is ready too. During the bye week, they had time to prepare. In recent news for Hamilton quarterback Nicco Marchiol, had his rating increased to a four star. Marchiol has had a very successful season throwing wise he is 114/159. All these completions have totaled 1,643 yards and 24 touchdowns. My second MVP of Hamilton is Christian Anaya who has 56 receptions for 737 yards and 11 touchdowns. On defense, my MVP is Russell Davis II or Deuce. He has accomplished 51 tackles, 15 tackles for losses, two forced fumbles and eight sacks.

This will be a good game and it is going to be played on Friday Oct 29, 2021 at 7 p.m. We will find out if this Husky team can continue their win streak and move up in the Arizona rankings.