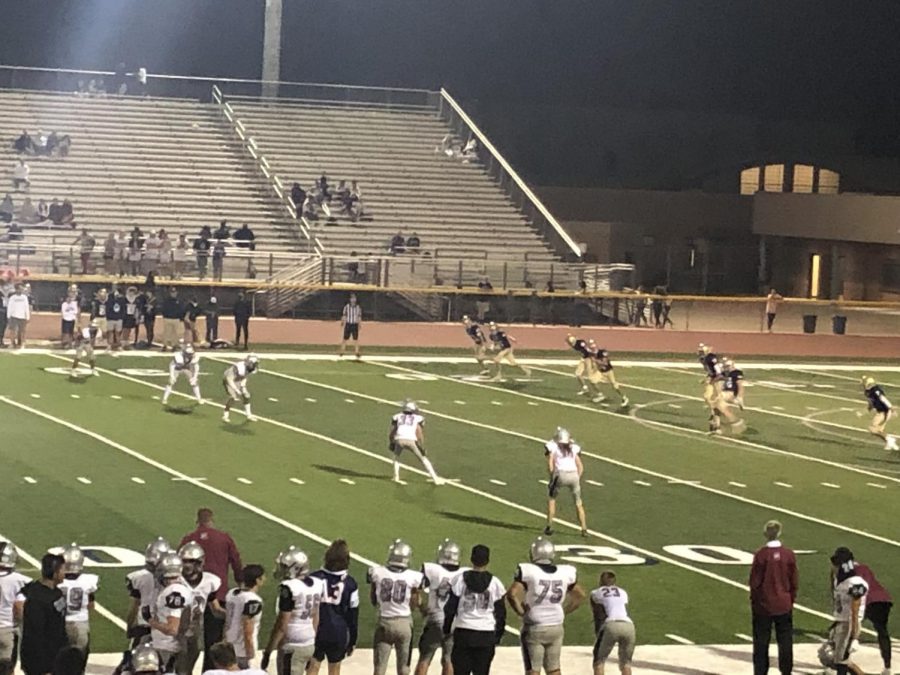 After a successful battle with the Desert Vista Thunder, the J.V. Huskies are going away once again to continue their win streak. The Highland Hawks will be awaiting them to try and give this undefeated team their first loss. This showdown will occur on Oct. 28, 2021 at 6 p.m. at Highland High School.

With the Hawks’ record of 5-2, the odds are in the Huskies’ favor. However, no one said it would be easy; coaches said this would be one of the toughest games this season. Hopefully, Hamilton will emerge victorious again.

Hamilton’s J.V. Quarterback, Xavier Newman, states that the whole team contributes, and together, they are able to continue their streak for six games so far. “We’re very well rounded as a whole team,” he says. Despite the fact that the Hawks will be the most challenging team yet, Newman believes they “can come out with the ‘W’… they (the Hawks) have a pretty good offense and our defense is probably going to have to step up.” With the end of the season coming closer, Newman admits that so far, Chaparral has been the hardest team to defeat mainly because of their impressive offense and the “back and forth just scoring.” He also stated that his most memorable moment was “on our first game just getting to go out and play because we’ve been waiting for this season for a while.” Passing and receiving over a thousand yards and going undefeated this season are Newman’s goals this year, and “it looks like it’s going pretty well right now.” Newman so far has 605 yards, he still has time, but it will be difficult to accomplish his goals.

Hopefully, the J.V. Huskies can continue this streak and continue to keep Hamilton at the top.