Hamilton Spirits are High Following The Win over Highland 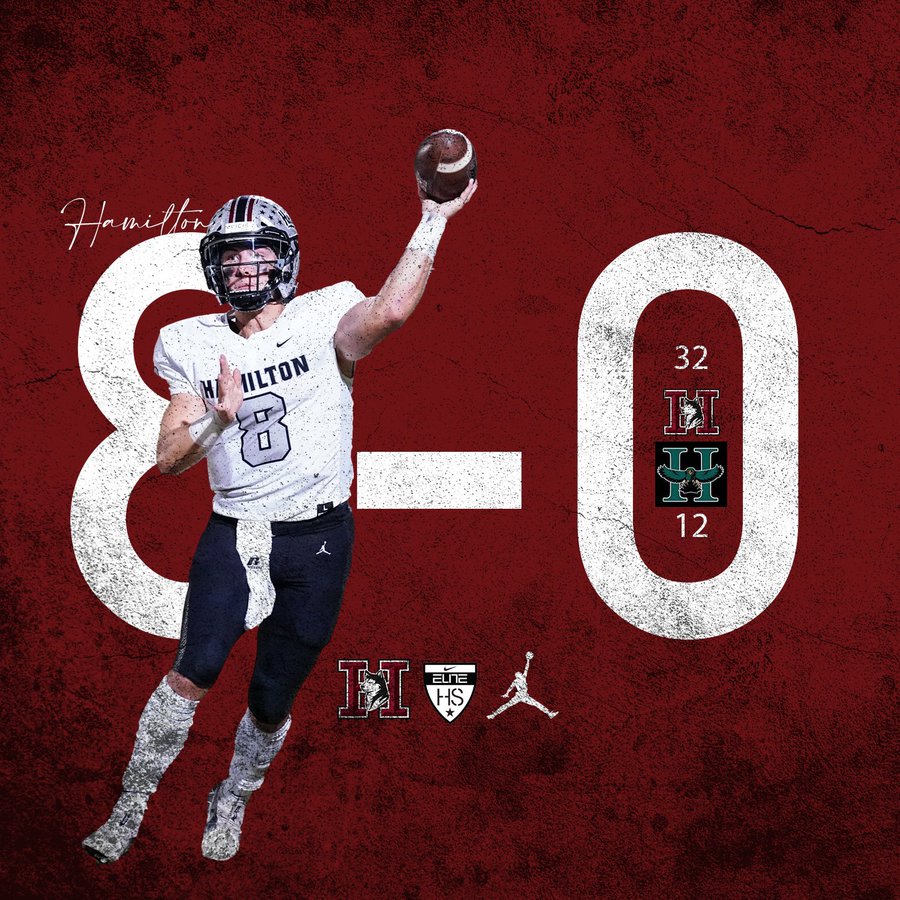 Hamilton has won another game making their record 8-0. Last Friday, Hamilton blew Highland out of the water with a score of 32-12. According to Maxpreps, this win kept them at 15 in the country and first in the state.

The Highland Hawks were supposed to be good competition for the Huskies, but they did not show it as well as they could have. The beginning of the game started off with the two teams exchanging punts. The first big play was a sack by Deuce Davis which occurred within the first quarter. Highland was forced to punt again. The Hamilton Huskies would receive the punt and work their way down the field before the end of the first quarter. They got all the way to the 17-yard-line before time expired in the first. In the next quarter, the Huskies got to the one-yard-line, and on second down, they cashed in on a one yard pass from Nicco Marchiol to Christian Anaya. The Huskies drew first blood; Matthew Krneta would go on to miss the extra point 6-0. Highland received the kickoff and methodically drove down the field. Their drive would come to an end when a field goal by the Hawks kicker, Crew Crockett, sailed through the uprights making the score 6-3. Hamilton would get the ball back and go three and out. The Hawks  got possession of  the ball again and instantly were shut down by the defense. Hamilton gained possession with three minutes left in the first half. Marchiol finds Trè Spivey for a massive gain, completely flipping the field, and they are now on the Highland 13-yard-line where a run would put them onto the five. The drive was ultimately capped off by Jaxon Haynes catching a five yard touchdown pass from Marchiol. Highland gets the ball and gives it right back to Hamilton who ends the half on a 40 yard touchdown pass caught by Quentin Ross.

Halftime strikes; and when the teams head out of the locker room, Highland tries to sneak an onside kick on the Huskies. This ended  up backfiring and putting the Huskies in scoring range.nce again, Hamilton would go on to score another touchdown on a two yard pass from Marchiol to Spivey. From this point on, it was all Hamilton who were forcing punts, fumbles and getting stops. Crockett would hit two more field goals, and Hamilton would cash in once more on a five yard pass to Anaya.

When the final whistle blew, Hamilton was in the lead 32-12 resulting in another Husky win. This win moved Hamilton to number two in the state rankings on Azpreps365. Hamilton secured their eighth win of the year. Hamilton’s next game is against the Higley Knights who are currently 2-6. The odds are in the Husky’s favor. This game will be played on Friday Nov. 5 at 7 p.m. at Higley High.