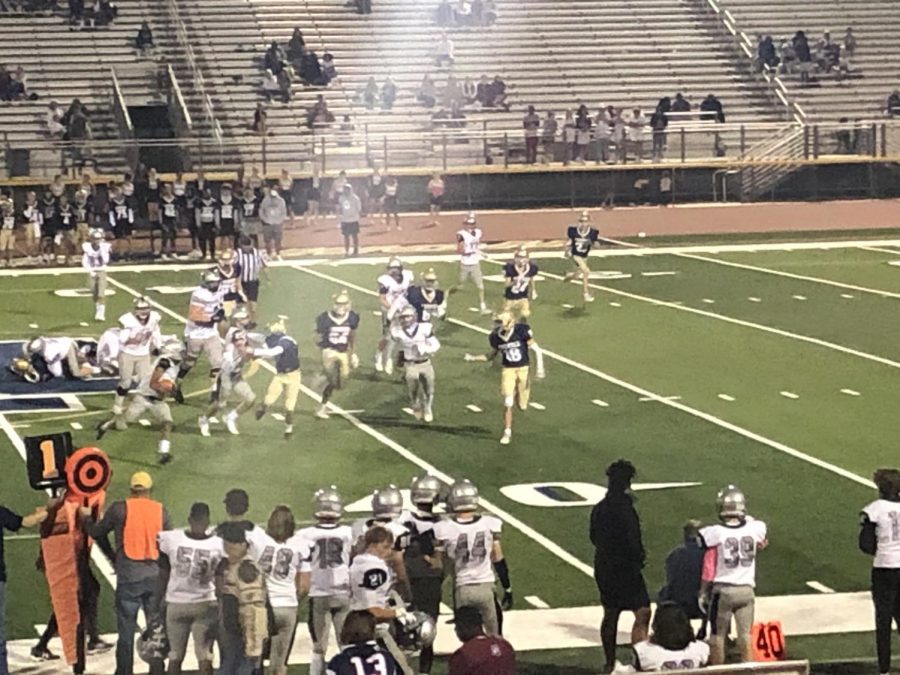 On Oct. 28 at Highland High School, a loss for the Hawks sent them home ashamed. Despite the coach’s warnings, Hamilton plowed through the game with the Hawks trailing behind. The final score was 32-16.

One notable player during the game is Dylan Lord who is credited with two touchdowns (one touchdown rushing and one receiving touchdown). Lord also is credited with a pass deflection. Beckham Pellant and Zeytaveo Hill also scored touchdowns; Pellant with a rushing touchdown, and Hill with a receiving touchdown. Matt Ramos was the only player to chart an interception, and on the return, he gained 45 yards. Other than these incredible plays, the entire team contributed greatly to this victory. The entire team had a total of 475 yards, and two sacks were achieved throughout the entire game. The Huskies still have two more games to play including a game against the Higley Knights this week. The Huskies are willing to fight to the end and earn the title of being an undefeated team, but can they defeat the Knights? Can they defeat the Chandler Wolves? Fingers crossed they can slaughter these last opponents and claim their well deserved victory at last.

The game against the Higley Knights occurs on Nov. 4, 2021 at 6 p.m. Another win is another step forward toward being the champion; but a loss means it’s the end for their unbelievable win streak.