The Battle for Arizona Avenue 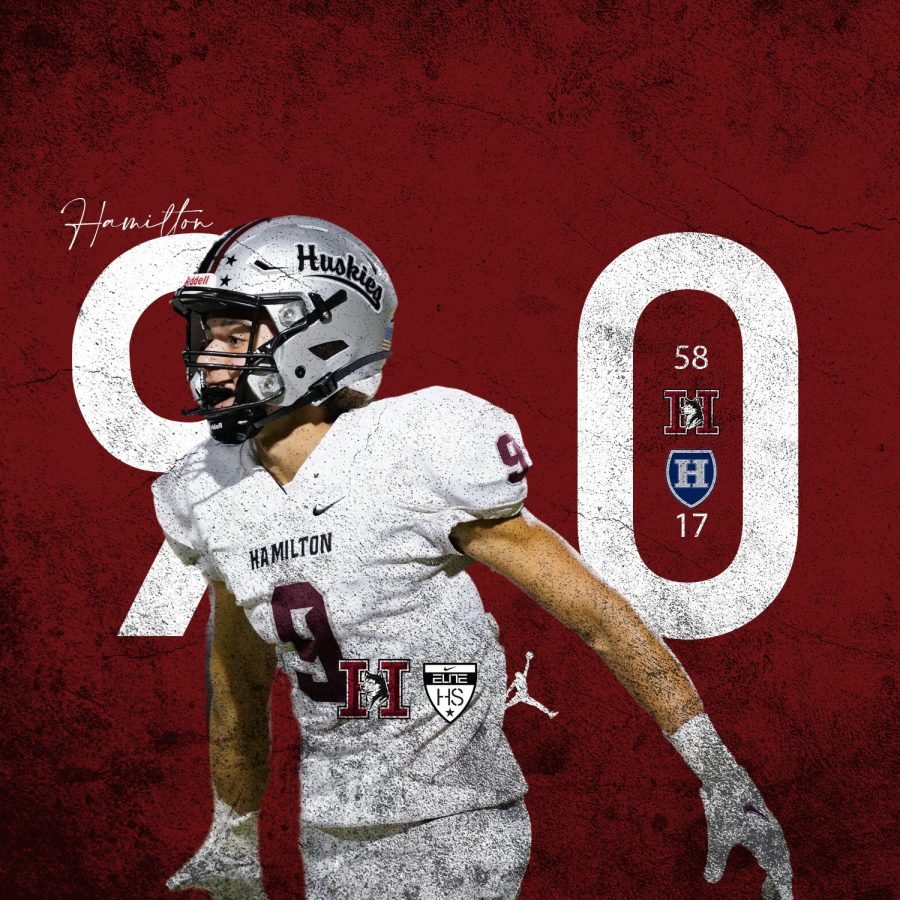 Last Friday, Hamilton cruised past the Higley Knights. The final score was 58-17. The Huskies are focused on winning every game they play, but this next game will be their biggest test.

The Huskies will have to square off against the Chandler Wolves. This team is without a doubt the Huskies’ biggest rival. Currently, Chandler High school is ranked number 10 in the nation but number two in the state. They are just behind the Hamilton Huskies who are 15 in the nation and first in the state. Last year, Hamilton was sent home in tears after the Wolves made a game winning field goal in the championship. They have not lost a game in their last 45. They are getting close to Hamilton’s record of more than 50 wins in a row.

The Wolves are led by number two ranked player in Arizona, Kyion Grayes who is a four star Ohio State commit. Chandler’s running back, Quaron Adams, is tenth ranked in the state, and is committed to Iowa State. To wrap up their senior class superstars, Chandler has the 20th, 21st, 24th and 26th recruits in Arizona. These recruits are Jacob Holmes (D- Line), Nason Coleman (Tight-end), Blaine Hipa (QB) and Isaiah Johnson (D-Line). In the 2023 class, Chandler has the seventh ranked player in the state, A’Mauri Washington, he is a four-star.

That team might seem impressive, but the Huskies have a star studded roster of ranked players too. To start, Hamilton has the number three ranked player in Arizona, Nicco Marchiol, who is committed to Western Virginia. Hamilton also has three recruits, Michael Masunas, Deuce Davis and Grayson Stoval ranked 13, 14 and 15. Davis and Stovall are both committed to Arizona University, and Masunas is committed to Michigan State. Later in the rankings is three star Christian Anaya; he is positioned at 39 in the rankings.

Tonight’s game will determine who truly runs Arizona Avenue. Two undefeated super teams will battle all this Nov. 12, and one team will come out undefeated. Hamilton is looking to snap Chandler’s 45 game win streak and Chandler is hoping to beat the Huskies in the dawg pound. Who will come out victorious in this showdown? The fans will be screaming for their homeschool in efforts to propel the team to victory. Tonight at 7 p.m. this duel will go down.