The J.V. Huskies Winning Streak Ends to The Chandler Wolves 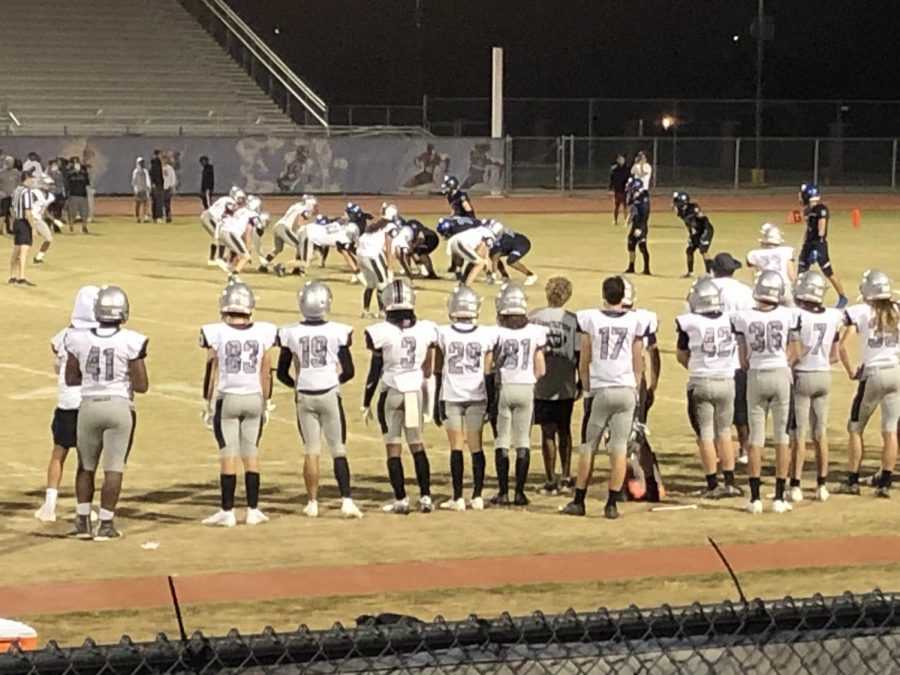 This Nov. 10 game ended in a disappointing loss for the J.V. Hamilton Huskies. When the final whistle blew, Chandler was up on the scoreboard 22-15. However, these Huskies did not go down without a fight.

The first half started slow with a series of turnovers, until finally, Chinua Hadson-Taylor intercepted the ball just before a Chandler touchdown could be scored. However, this was not enough and the Huskies were forced to hand the ball over  to the Chandler Wolves. This time, Chandler did not mess around and earned a touchdown and two-point conversion. The first quarter ended with the Huskies ball.

In the second quarter, Hamilton started off strong and Xavier Newman called a quarterback keeper and gained enough yardage for the first down. A penalty against Chandler also aided the Huskies, giving the Huskies yet another first down. As Hamilton moved down the field, a penalty was called against them (illegal man downfield), and a loss of ten yards on third down was enforced. Luck was definitely not on their side on this drive because even though they  gained a first down, another penalty was called, setting them up with a third and 30. Hope was pretty much lost for this play, so it was understandable when the punt team took the field on fourth down. However, Hamilton’s defense picked up their pace and a wild goose chase took place as the Chandler quarterback was desperately trying to make a pass. As he scrambled to and fro, he made an incomplete pass on third down. The Huskies reclaim the football on down, and this time, they refused to let it go to waste. Kudos to Thomas Dexter who made an incredible 35 yard reception and first and goal. This left an opening for Cade Burghardt to make the first Husky touchdown of the game. After a successful two-point conversion, the score was tied but not for long. The Wolves made another touchdown but failed their two-point conversion attempt.

The second half of the game started with the Wolves’ ball but an uneventful drive. With Hamilton in possession of the ball, the quarterback made a risky throw that ended up being intercepted by Chandler. This leads to another touchdown and two-point conversion for the Wolves. At this point, it was back and forth punts for a majority of the game until the Hamilton quarterback gets a little too rushed and makes a desperate attempt to throw the ball which gets intercepted.

The last quarter of the game started with a Chandler turnover and Avery Knight making an unbelievable 80 yard run. Despite his efforts, it wasn’t enough for a touchdown and Chandler gets the ball yet again. They couldn’t get anything out of that drive either, and lucky for Hamilton, they made a bad punt. This time, Taylor makes a touchdown and the score evens out a tiny bit. With two minutes left and the Huskies needing at least one more touchdown, they stop Chandler in their tracks and they get the ball again. A pass interference called against Chandler also helped Hamilton’s cause, giving them a first down. The moment of truth finally comes, 12 seconds and Hamilton has one last try and 25 yards to go. An incomplete pass sends Hamilton’s fans home in defeat. The Huskies freshman team lost too, so now it’s up to varsity to lead their school to victory.