Hamilton finds Their Way to The Final Four 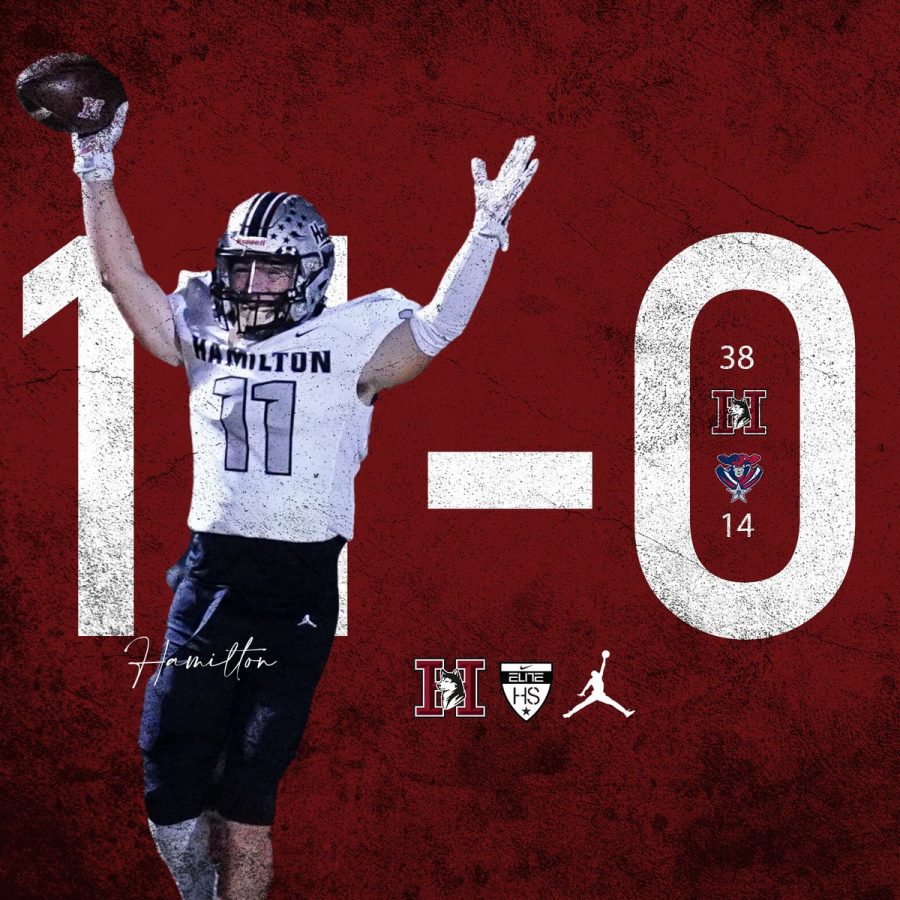 The Hamilton Huskies put another win on their resume, and this one may play a more important role in their season. Hamilton played their first playoff on Friday Nov. 26 2021,which will  mark Hamilton’s first playoff win this season. This game was not close, and Hamilton plowed through the ALA-QC Patriots. When the scoreboard hit all zeroes in the fourth quarter, Hamilton was in the lead 38-14.

This game was an all-around good game for the Huskies. The offense was doing everything right. West Virginia fans would like what they see from Marchiol who threw 18/21 which resulted in 164 passing yards, accompanied by a passing touchdown. It was a slower game for the receivers and a dip from their average stats. The dip in stats is evident when plays like Christian Anaya making  eight receptions for 54 yards and a touchdown are shown. The fact that receiver Trè Spivey only had three catches for 29 yards didn’t help the receivers’ case either. However, these numbers are low only due to the fact that Hamilton’s run game was unstoppable. Marchiol scored the most rushing touchdowns on the team with two.To accompany the touchdown’s, Marchiol carried the ball six times and acquired 23 yards. The true leading rusher was Nick Switzer. He had a heavy load on Friday, but was completely ready for it. Switzer ran for 154 yards, and his longest was a 56 yard touchdown. Incredibly, Switzer did all this on 12 touches. Another important rusher was Breylon Blount. Blount had an amazing game as well. On eight touches, he racked up 80 yards and a touchdown. Blount’s longest run was 23 yards.

Even as well as the offense played, they could not have done it without their defense. The defense had a solid game and only held ALA to 14 points. The Hamilton defense was a no fly zone. Russell Davis II (Deuce) racked up two interceptions, one sack, five tackles and one TFL. The safety, Genesis Smith, had a good game as well, and filled up the stat sheet with one interception, two pass deflections and four tackles. Grant Degraffenreid led the Huskies in tackles with seven.

Hamilton played a great game that ultimately punched their ticket to the final four. They will take on Saguaro on Friday, Dec. 3 2021. Hamilton, if they win, will play the winner of the Chandler and Liberty. Liberty will be riding their high from the last game after upsetting Basha.