Huskies Baseball Bats Up To the Mound 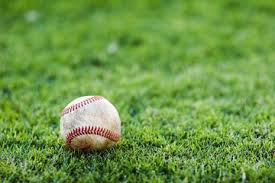 On Saturday April 9, Hamilton’s Varsity Baseball Team played the final game of their tournament. This game was against Buford High School. Hamilton won by three points with the final score 10-7. The next game that Hamilton played was on April 12. This was a home game against Pinnacle High School. The final score was 4-3 with Hamilton coming u[ on top. This game came down to the wire, but the Huskies took the win with a dramatic walk off error in the late innings. This play sealed their victory for this game.

For Hamilton, Jeremy Jones carried the game on his shoulders. He went four innings, allowing one run on five hits, striking out seven and walking one. Juan Kalemera took the loss for Pinnacle Varsity Pioneers. He surrendered two runs on one hit over two-thirds of an inning. Jackson Smith started the game, this fireballer allowed three hits and two runs over three innings. Smith struck out Marcus Downing, who started for Pinnacle. Smith went five and a third innings, allowing two runs on five hits, striking out three and walking one. Hamilton scored two home runs this game, both in the fourth inning. Zach Wadas and Ryan Kucherak made these home runs. Josh Tiedmann had two hits in three at bats.